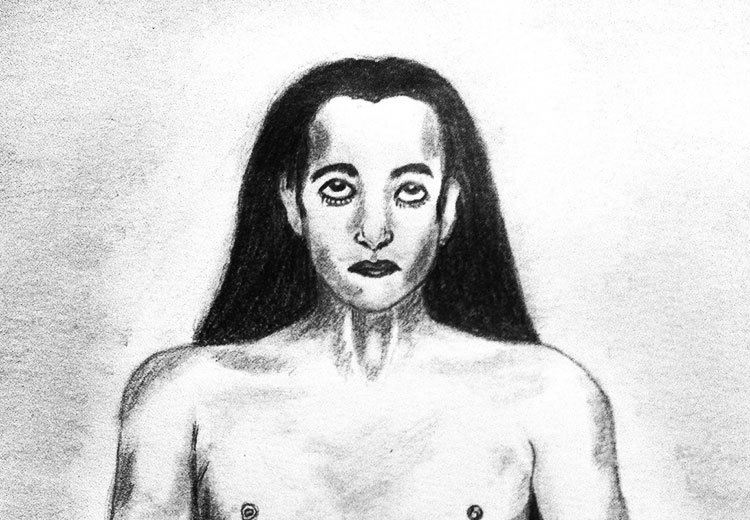 There is no specific information available about the life of Mahavatar Babaji, most respected guru of Yogavatar Shri Shyamcharan Lahiriji but it is believed that Babaji lived in the mountains of North Himalaya somewhere near Badrinath.It is difficult to calculate his age but Saints who were fortunate to see him believe that since thousands of years, Babaji was living with his physical body but looked like twenty five years old. With yogic powers, he could appear anywhere anytime according to his wish. Shri Yuktagiri had said about Babaji, “Babaji’s religious status is far exceeding than human intellect.” In his book, Shri Yoganand has written, “No one knows about Babaji’s family or his birthplace. The history writers will have to be in despair regarding this.”

Even then, in the book “Babaji and the 18 Siddha Kriya Yog tradition” written by M.Govindan, a complete introduction of Babaji’s life has been given. According to Govindan, Babaji had personally informed about his life to his disciple Yogi Ramaih and V.T.Neelkanth. On the basis of this, his birth and spiritual life has been described. According to Shri Govindan, Babaji was born on 30th November 203 AD in Rohini nakshatra of Kartik month in a small village named Parangipettai in Tamilnadu. His gotra was Wadala and he was born in Nambudri Brahmin family. In childhood, his parents had named him Nagaraj. His father was a priest at the Shiva temple in the village. This temple is now known as Kumarswami Devasthanam.

As his father was active in religious activities, Nagaraj was naturally inclined towards spiritualism. Nagaraj was five years old when a businessman from Baluchistan had kidnapped him from the gates of Shiva temple and sold him as a slave to a rich man in Kolkata. But this rich man was merciful and so he released Nagaraj from slavery after some time. After being released, Shri Nagaraj  became an abandoned ascetic and with the group of Saints, continuously moved from one place to another. During this time, he learnt all the Vedas and he was being considered one amongst the great scholars.

At the age of eleven years, by boat and walking from Banaras, he reached Katirgama temple in Sri Lanka. Here in Katirgama, he met Siddha Bhoganathar. Nagaraj was very much impressed with him and became his disciple. Shri Bhoganathar taught him meditation. Here, under a banyan tree, Shir Nagraj meditated for six months in the company of Shri Bhoganathar. While meditating, firstly he acquired total contemplation and at the climax of meditation, he had a darshan (sight) of Lord Kartikeya. Shri Bhoganathar had also taught him Indian principles and culture.

After this, with the inspiration of Shri Bhognathar, Babaji Nagraj went to Kuttralam situated in the mountains of Pothigai in Tamilnadu to get consecrated by Shri Agastya. This place is believed to be residence of Shri Agastya. Here, after strong austerity for 48 days, he had a sight of Siddha Agastya who taught him “Kriya Kundalini Pranayam” which is also known as “Vashi- Yog”.

After this, with the order of Shri Agastya, Babaji came to Badrinath where he practised yoga as taught by Shri Agastya and Shri Bhoganathar continuously for eighteen months. On being successful in meditation, he acquired “Soruba Samadhi” (total contemplation). He became total powered with divine spiritualism. With the help of yoga, he had acquired such control over his body that age did not make any changes with his body.

Mahavatar Babaji’s disciple Lahiri Mahashay’s disciple, Paramhans Yoganand has not written about this kind of life of Babaji but along with Shir Yoganand, whoever had seen Babaji, everyone believes that there was no effect of age on Babaji. With the help of his yogic power he had total control over his age and so he always looked like a young ascetic. Babaji had taught yoga to Shri Shankaracharya and Shri Kabir also. In the modern times, Shri Shyamcharan Lahiri was his chief disciple through whom he reached Yoga to every individual. He had advised Lahiri Mahashay to practice yoga while living a householder’s life so that everyone gets the confidence that he can acquire yogic powers while living a householder’s life.

Babaji’s motto was to spiritually bring up people through the medium of yoga. According to Paramhans Yoganandji, Babaji always remains in touch with Jesus Christ and together both of them send vibrations for the welfare of the society. He had inspired Shri Yukteshwar Giri to write a book on the basic principles of Hinduism and Christianity. After this, Shri Yukteshwar wrote a book named “Holy Science” wherein he had proved that there is no difference between Vedas and teachings of Jesus Christ.

Babaji was always interested in reaching Hindu spiritualism to the Western countries. He had selected Paramhans Yoganand for this work. When Shri Yoganand was leaving for America, Babaji had said, “You go to America without any fear, you will be protected.” Later, Shri Yoganand taught yoga to almost one lakh people in the West. Even today, many groups spread his teachings in the West with Babaji’s inspiration.

According to M.Govindan, Babaji’s ashram is near Badrinath in Himalayas, the name of which is “Gauri Shankar Peetham” but Swami Kewalanandji had informed Paramhans Yoganand that “Babaji along with his disciples keeps wandering from one place to another. In his group of disciples, there are two American disciples as well.”

Generally, Babaji speaks Hindi but he can speak any language easily. Apart from the name Babaji, his devotees also called him in the names of Mahamuni Babaji Maharaj, Mahayogi, Triyambak Baba and Shivababa. For his devotees, Babaji has decided to live with his physical body. With fair skin and medium size Babaji looks handsome and young.

Only when Babaji wishes can one see and recognize him. He does not need to eat for survival but whenever he appears in front of his disciples, he accepts fruit or kheer for the sake of formality.

Once, when Babaji was sitting next to fire of yagya along with his disciples, he suddenly hit one of his disciples on his shoulder with the burning stick of fire. When the disciples asked for the reason for this, he replied that the disciple would have burnt to ashes due to his previous karmas. Saying this, he kept his hand on the shoulder of the disciple and said, “Today, I have relieved you from painful death.”

It is unsurprising that there is no mention about Babaji in history. Babaji never appeared publicly in any century. There was no place for fame in his plans. In spite of being the only power in this universe he kept working quietly and humbly in secrecy. God has selected Babaji to physically live on to this earth till present times. Ages will come and go but this Mahaguru will remain here quietly watching the drama of ages pass by.