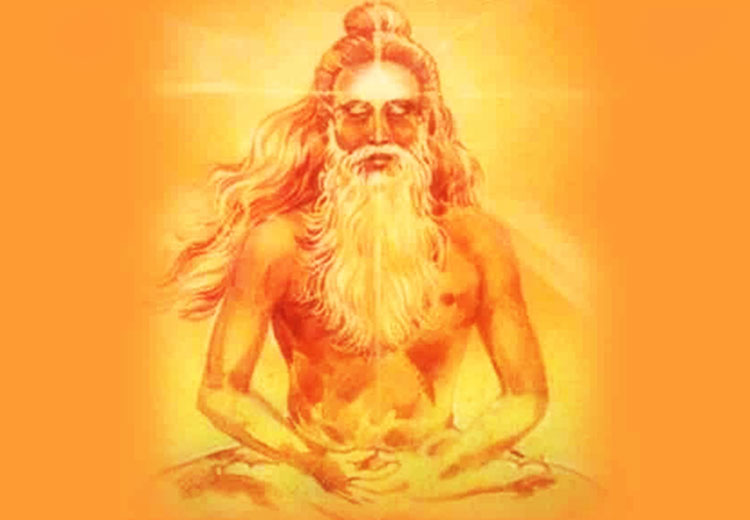 There is no specific information available about the birth of the great creator of Yogsutra (Yoga philosophy), Maharshi Patanjali. There are different opinions regarding his life timeline. Some believe it to be 4th Century BC where as others prove it to be 2nd Century BC as also some believed it to be in 6th Century AD but according to the traditional belief, Patanjali had incarnated on this earth much before this.

There is a description about Patanajali and Rishi Panini in Matsya, Vayu and Skandh Puran and Maharshi Vyas has written an annotation on Shri Patanajali’s Yogsutra ,so, Shri Ptanajali’s life period proves to be around that of Vyas and Panini. As such, our Rishis who were accomplished with Yog power used to live for thousands of years and had the capability of living or dying according to their own wish and this is the reason the very presence of these rishis is found from ancient times till modern times. In the Puranas, the life of rishis is believed to be for many ages and Shri Patanjali is one of them.

It is believed that Maharshi Patanjali was the incarnation of Shri Aadishesh. He was a great Principal of Yoga and had created the philosophy of Yogas. His Yogdarshan (one of the six schools of Hindu philosophy) is famous in the name of “Patanjali-darshan”. Many annotations have been written on his Yog darshan of which Maharshi Vyas’s annotation, Vigyanbhikshu’s Vartik, Vachaspati Mishra’s Tika, Bhojdev’s Vriti and Ramanand Yati’s “Maniprabha” is more famous. The original Patanjali-darshan is divided in to four Padas (chapters). The whole book is written in sentences and the number of these sentences are 115. All the four Padas are named according to their subjects. The names are:

In the first Samadhi Pada Shri Patanajali has widely described about eight bodies of Yoga. These eight bodies are Yam (restraint of passions), Niyam (principle), Aasan (posture), Pranayaam (the process of restraining breath), Pratyahaar (restraining the sense organs), Dharana (to sustain), Dhyan (observe) and Samadhi (contemplation). Of these, the first five are believed to be external and last three are said to be internal. With the contemplation of external five bodies, one reaches to control over five internal bodies. In contemplation, a yogi attains Paramtatva (the essential element of this universe) and getting free from the chain of life and death, attains salvation.

In the second Sadhana Pada, there is a discussion about power of meditation. In the third Vibhuti Pada, there are ways to achieve power through Yoga. Kaivalya Pada is the fourth and final chapter of Patanjali yogsutra. The components of Kaivalya Pada are bhakti marg, karma marg and jnana marg. In Kaivalya Pada the path of renunciation is elaborately explained. It portrays the yogi, who has attained Kaivalya, as an entity who has gained independence from all bondages and achieved the absolute true consciousness described in the Samadhi Pada.

Maharshi Patanjali was the principal of Yoga. It is believed that he must have had very less connection as far as social life is concerned, that is why there is no information available about any incidence of his life but the world will always remain obliged with him for writing very useful books.