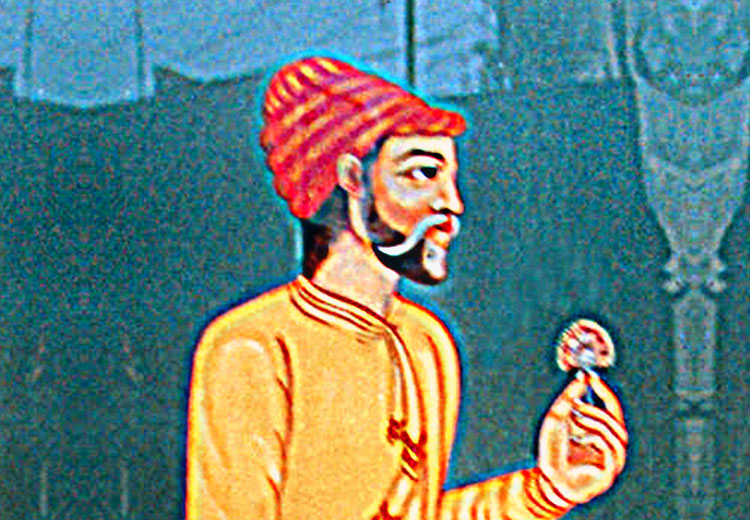 Sant Raskhan was a great devotee of Shri Krishna and one of the chief poets of Hindi literature during the Bhakti period. He dedicated his life to Shri Krishna in spite of being Muslim. A great devotion is seen in Raskhan’s creation which cannot be described in words but only be felt in his poems.

The year of birth of this great Krishna devotee is not exactly known but people believe that he was born around Samvat (the year of Vikram Era) 1615.

Most of the learned people believe that Raskhan was a Pathan from Delhi but few others believe that his birth place was a place named Pihani in Hardoi district.

Even for his name, it is believed that he must have got popular with the name Raskhan at a later stage. Great Hindi scholar Acharya Hajari Prasad Divedi says that his real name was Saiyad Ibrahim.It is believed that Raskhan was from a Jagirdaar (a grantee) family. His life was fulfilled with all luxuries and amenities. He had a great knowledge of Persian language also. The translation of Bhagwat Puran in to Persian language justifies the same. 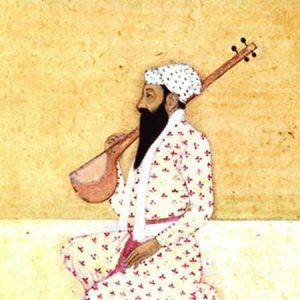 There are many famous stories pertaining to the devotion of Shri Raskhan for Shri Krishna. It is written in “Do Sau Bavan (252) Vaishnavon ki Varta” (252 stories of Vaishnavas) that in his youth he was a victim of terrestrial desires. There was a boy, son of a baniya whom he loved too much. Once four Vaishnavas were talking among themselves that one should love God the way Raskhan love the son of the baniya. Raskhan heard this while he was passing by. He asked them as to what was the form of God?

At this, they showed him the picture of Shrinaathji. The gorgeous picture of Shrinaathji had such an effect on his mind that Raskhan forgot the world and became engrossed in his love for Shri Krishna. He realized that love for almighty was the only true love. Perplexed, he reached Gokul searching for Shri Krishna. Seeing his true devotion and intense asceticism, Gusai Vithalnathji set apart the thought of him being against religion and showed him the path of worship. Raskhan was so deeply engrossed with the love for Krishna that sentimentally he used to go for cattle grazing with Krishna everyday.

Relating to this, there is one more story famous that he was attracted to a woman but she was very proud of her beauty. Every time he expressed his love to the woman, she would insult him each time. Once, he was reading the Persian translated version of Shrimad Bhagwatam and while reading the incidence of the separation of Shri Krishna from Gopis, he realized that Shri Krishna was the only one eligible for love and if one has to love, he must love Shri Krishna. Overjoyed with devotion for Krishna he left the thought of the woman he loved and came to Vrindavan. His terrestrial love changed over to divine love.

Based on the various Krishna Leelas like “Bal leela”, “Chir haran Leela”, “Kunj Leela’, “Panghat leela”, “Dan leela” Raskhan has given many creations.  Apart from this, there are his creations on Lord Shiva, Devi Ganga and festivals like Holi.

Shri Raskhan’s creations which are full of devotion for Lord Krishna are immensely sweet. Whoever reads this, gets so engrossed that an image of such devotion appears in front of him that can not be described in words. The picture of devotion in Raskhan’s creation is such unique that it is difficult to find any other creation as good as his.

“Sujan Raskhan” and “Prem Vatika” are the main books written by Raskhan.