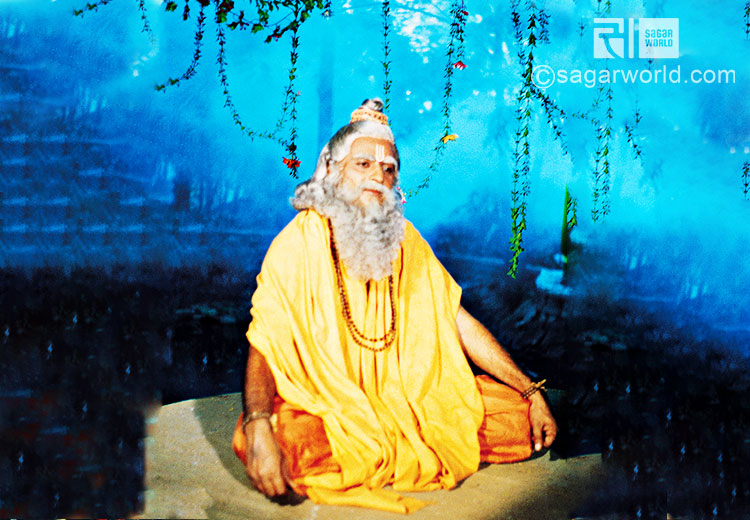 Sandipani was a learned Brahmin from the Kashyap family and a resident of Ujjaini.  Sandipani was the teacher of Shri Krishna and Balram.

After the ceremony of investiture with the sacred thread -Jagopavit Sanskar (one of the sixteen Vedic Sanskars of Hinduism), Shri Krishna and Balram resided in his ashram and studied.

Guru (teacher) Sandipani taught Shri Krishna and Balram the Vedas (the sacred scripture of the Hindus revealed by Brahma, preserved by tradition and arranged in the present form by Vyas), the Upanishads (those portion of the different branches of the

On completing their studies, Sandipani asked Krishna and Balram for Guru Dakshina (honorarium given to after the completion of studies) a teacher to make his son alive, who had drowned in the sea and died. Shri Krishna fulfilled this demand of his teacher.

According to one more story, Sandipani’s son had not died, a demon named Panchjan had hidden him in the under (nether) world. Shri Krishna killed Panchjan and released his teacher’s son. From the bones of this demon, Shri Krishna made a conch shell named Panchjanya for himself.Sandipani Ashram still exists in Ujjain in Madhya Pradesh and a lot of people visit there as pilgrims.