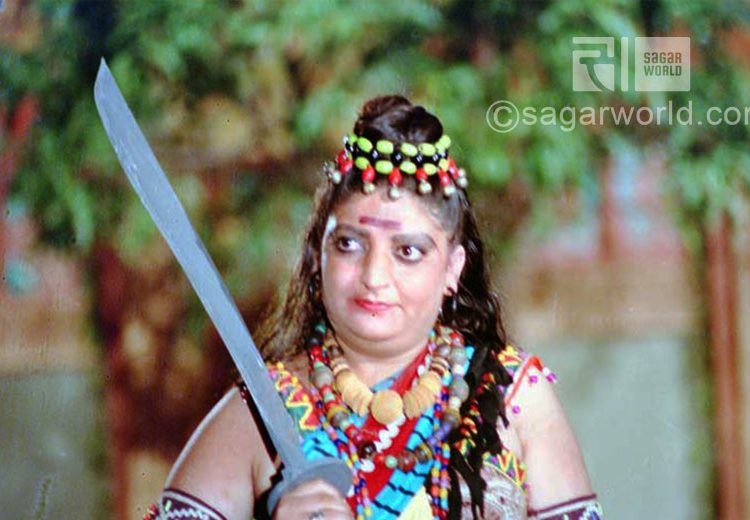 Trijata was a Rakhasni (female demon) with a pure heart. When Ravan carried Sita away from the Panchavati and brought her to Lanka, he kept her in the grove of Ashoka trees.

To keep Sita subdued and scared, he put Rakshasni (female demons) to guard her in the Ashokvatika. Their job was to threaten and scare Sita into accepting Ravan as her consort. Although Trijata was among the Rakshasnis (female demon) guarding Sita, she was not in favor of threatening her.

One night she saw a dream in which Ravan was riding on a donkey and his face was covered with black paint, his head was uncovered and bare, his twenty arms were cut and in the dream, he was watching Lanka being set on fire by vanaras (monkeys) and the name of Ram was being chanted in Lanka.

Trijata related her dream to other demonnesses and suggested that instead of threatening Sita, they should serve her, if they cared for their own welfare. She also said that the dream would come true in a day or two. All of them changed their behavior and started looking after Sita.

Often Sita would confide her sorrow to Trijata, who would try to comfort her. When the Ram-Ravan battle was going on, Trijata was narrating the details to Sita.When Sita was upset, Trijata comforted her. For the duration of Sita’s stay in Lanka, Trijata plays an important role.