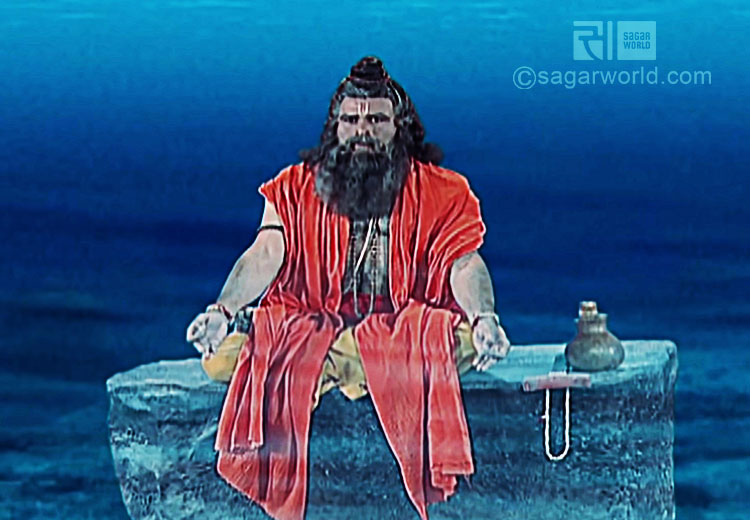 Kapil Muni is seen as a proof of Sankhya Darshan (one of the six schools of Hindu philosophy) which is in view of ancient India knowledge and tradition. Sage Kapil is an importance sage and is also given more weight as he is supposed to be the fifth incarnation of Lord Vishnu (part of the Hindu Trinity of Brahma, Vishnu and Mahesh).

According to an ancient story, Kapil was the son of Devhuti (daughter of Manu) and Sage Kardam. When Sage Kardam was leaving for penance, Devhuti told him that she did not want to come in his way of penance but she wanted him to give her a theologian (person having the knowledge of the science of the nature of God and of the foundations of religious belief),

who will free him from the debt of Pitruroon (one of the three debts on a man from which he is freed when he begets a son) and show the path of salvation to this world.

Sage Kardam said, “So be it “and went for devout austerity. Few months later, Devhuti gave birth to a son who was believed to be the fifth incarnation of Lord Vishnu. After Kapil’s birth, his mother started living a pious life.”Historians believed Kapil to be born 700 years before the birth of Lord Buddha (500BC). Kapil gave a perfect order to the chief knowledgeable Upanishad (a branch of the Vedas which contain discourses on Divine knowledge), and demonstrated Sankhya Darshan.” 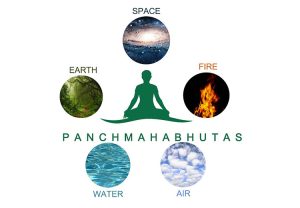 In this school of Hindu Philosophy, God is not believed to be Supreme and that is why it is also called a philosophy without God.

According to Sankhya, originally man and nature are the two main elements. Though man is originally disinterested, he seems to be abiding by the working of the nature.

With self- realization, he gets away from these binding experiencesand reaches his real existence then it is called Salvation. Sankhya Darshan calls Panch Mahabhut (the five elements- earth, fire, water, air and ether) and eleven senses as the nature of which the whole universe is created. Sankhya- Darshan also influences Jainism and the Sermon of Geeta. ‘Sankhya- Sutra’ created by Sage Kapil is the basic book of this philosophy.

”According to an ancient story, King Sagar’s horse from the Ashvamedh Yagya was stolen by Indra and left outside the ashram of Sage Kapil.

After sometime, King Sagar’s sixty thousand sons went in search of the horse in all the three worlds and reached near Sage Kapil’s ashram.

There they saw their horse and thought Kapil to be the culprit and insulted him. ”

At this Kapil got angry and burnt them to ashes. Later he said that these boys would attain deliverance only with the water of Ganga.

After two- three generations of Sagars, when Bhagiratha brought Ganga onto the earth, then sons of Sagar attained deliverance.

In the study and history of Hindu philosophy, Sage Kapil has attained an important status in the form of a theologian (person having the knowledge of the science of the nature of God and of the foundations of religious belief).