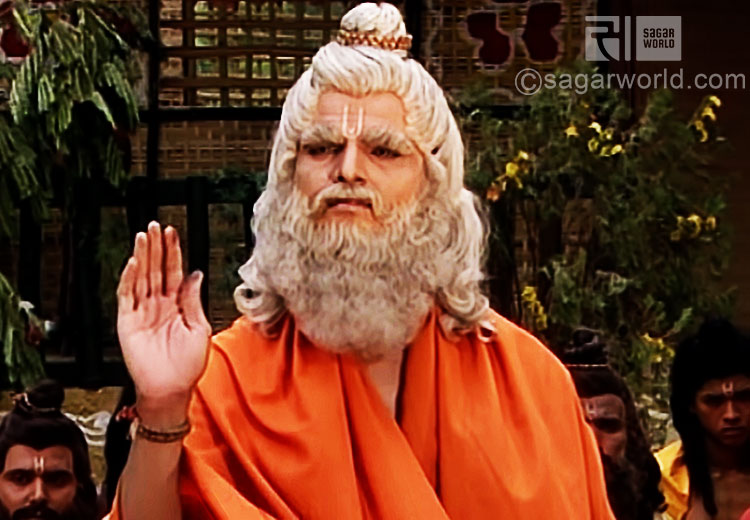 In the ancient times, in the lineage of Maharshi  Bhrigu, there was a famous saint named Aurva(teacher of King Sagara). Aurva Rishi played an important role in the descent of Devi Ganga to the earth.

Aurva Muni was very learned, far- sighted, and had great knowledge of divine arms. King Sagara, who was the forefather of Bhagirath (who brought Ganga on to the earth), was educated by Maharshi Aurva. King Sagar was born the son of Suryavanshi King Bahuk.

After losing everything in war, Bahuk went away to the jungle with his pregnant wife. Later, he died there. Bahuk’s wife also wanted to incinerate herself on her husband’s funeral pyre.

Just then, Aurva Rishi stopped her, and brought her to his ashram. The child Sagar was born there, along with the poison given to his mother.

”King Sagar was born the son of Suryavanshi King Bahuk. King Bahuk’s wife gave birth to a son who was born in the midst of “Gar” (poison).

He was therefore known as Sa-gar (with poison). The story behind the birth of Sagar (“with poison”) is that the other wives of Bahuk gave his mother poison when she was pregnant.”

Aurva Rishi (teacher of King Sagara) suppressed the effect of that poison, named the child Sagar, and gave him the knowledge of the Shastras.

Sagar fought the people of the Haideya lineage and the Taaljangh Kshatriyas with the help of the Agneya (fire emitting missile) and the Divyaastra (celestial weapon), and got back his kingdom. He organized an Ashwamedh Yagya and became a king who conquered the whole world.

Sagar had two wives – Keshini and Sumati. Both of them wanted Maharshi Aurva to bless them to have a son. Aurva blessed them with a boon – one queen will have sixty thousand sons and the other will have just one son who will help carry forward the lineage. He asked them to make their choice.  One of them accepted the boon of sixty thousand sons and the other one accepted the boon of one son who will keep up the lineage. Aurva Muni then blessed them, saying, “So be it”.

The Second queen created a dry gourd pot filled with seeds, and out of these seeds were born the sixty thousand sons of King Sagar who got burnt to ashes due to the anger of Kapil Muni for their arrogance and rudeness.For the salvation of his forefathers, Bhagirath observed powerful penances and earned the privilege of bringing the river Ganga down to earth. The salvation, of those sixty thousand sons of Sagar born by the boon of Aurva muni (teacher of King Sagara) and were reduced to ashes, was the main reason for Ganga’s descent to earth. That is why the role of Aurva muni is considered a very important one in the tale of Ganga.

The Second queen created a dry gourd pot filled with seeds, and out of these seeds were born the sixty thousand sons of King Sagar who got burnt to ashes due to the anger of Kapil Muni for their arrogance and rudeness.