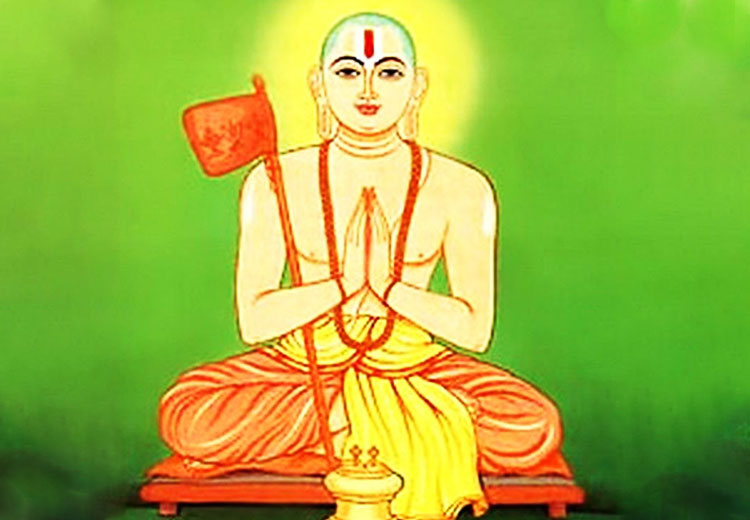 Shri Kumaril Bhatt is one of those great people who spent their lives for the protection and awakening of Vedic dharma and reached Vedic dharma to a position from where it reached its pinnacle.

It is believed that Kumaril Bhatt was born in Sonpur on the banks of river Son near Patliputra. The only clear information about his life time is that he was from the period of Aadi Shankaracharya because this has been accepted by almost all scholars that at the time of his journey towards Himalayas, Aadi Shankaracharya had come to meet him. Considering this, if Shri Shankaracharya’s birth is believed to be around the end of 8th century, Shri Kumaril Bhatt would have been on to this earth at the end of eighth century or at the beginning of the ninth century.

It is believed that he was a descendant of Vanbhatt and of Mitra Gotra (lineage). Brahmins of Mitra Gotra consider themselves to be the descendant of valorous Kings like Pushyamitra and Agnimitra who ruled single handedly from Takshashila to Kamroop and gave the credit of their success to Lord Vishnu.

Kumaril Bhatt completed his primary education from his ancestor’s Sanskrit Pathshala. Later, he went to Kashi for higher education and learnt Vedas and Shastras there.

Kumaril Bhatt was an eminent scholar of “Purva Mimansa” and an expert in Ved- vedantas but in comparison to “gyan-kand” of Ved meaning “Uttar-Mimansa”, he gave preference to “Karmakand” meaning “Purva-Mimansa”.

When Shri Kumaril Bhatt was born, the Vedic dharma (religion) was in a bad state. Other religions were conspiring to destroy Vedic religion and attacks from foreigners had already started. Leaving their non-violent movements, people following Buddh Dharma were torturing those who followed Vedic Dharma to leave their religion and follow Buddh Dharma. Buddh Pandits, without understanding the basic principles of Vedic religion, started speaking false about it and tried to create mistrust for Vedic dharma.

It is said that when he was being educated at Kashi, he had defeated the Principal of Buddhs in Shastrarth (knowledge of shastra) at Sarnath and the Principal was so ashamed with this defeat that he fled away from Sarnath and never returned back.

To defeat Buddhs in debate, it was necessary to understand the basic principles of their religion so in the disguise of a Buddh, he lived in between the Buddh disciples and learnt their religion, got the knowledge of their Granths (religious books) and also studied the different groups of Buddh Sampraday (religious society). After learning for many years, he became an eminent scholar in Buddh Dharma. But while getting education, on seeing the Buddh Acharyas blaming the Vedic Dharma wrongly and planning a conspiracy for uprooting the Vedic dharma his heart cried. In this situation, one day tears rolled out of his eyes and Buddh disciples understood that this man was following Vedic Dharma and getting education here in Buddh Dharma.

Knowing this, Buddhs who were cruel by nature but showing to be non violent tried to kill him but he was saved. Later, to accomplish the motive for which he had learnt the Buddh religion, he challenged all the Pandits of the court of Buddh King Sudhanvan for Shashtrarth (debate) and proved that Buddh religion was nothing else but demonstration by Bhagvan Budh of the facts which had already been stated in Vedas.

Seeing his Pandits being defeated, King Sudhanvan tested Kumaril Bhatt in many different ways. He ordered him to jump from the highest peak of the tallest mountain of his state and told them that if their Vedas were true it will save them. Kumaril Bhatt fearlessly jumped from the mountain and people were shocked to see this. The King felt that he had done that with the help of Yoga but he did not know that Lord Vishnu himself had put down Kumaril while he jumped from the mountain.

Thinking Kumaril to be deceitful or one with power of yoga, the King once again tested him. This time, he kept a snake in an earthen pot and asked him as to if his Vedas had the power what was kept in the pot. With greatest faith and without any hesitance, Kumaril said that there was Lord Vishnu’s idol in the pot. Egoistic King threw the pot and to his greatest surprise, when the pot broke, a snake did not come out but Lord Vishnu’s idol of Lord sitting on to Sheshnaag (Shesh serpant) came out. Sudhanvan became his disciple after this incident. He started believing in the truth of Vedas and declared his state as a Vedic State.

This way on many occasions and in front of many people, Shri Kumaril Bhatt established the honor for Vedic Dharma and installed a new life to the Vedic religion.Actually, the background of Vedic Dharma which was re-established by Shri Shankaracharya was prepared by Kumaril Bhatt.

After dedicating all his life to Vedic Dharma, he burnt himself by sitting on to a heap of husk at Prayaag Sangam. Actually, to defeat Buddhs in the debate, he had disguised as a Buddh and learnt Buddh religion. This way he had cheated on to his Buddh guru and it was a sin to cheat one’s guru and as expiation for this, he sat on to fire. At the time of him burning, Shri Shankaracharya had come to meet him and pleaded him to stop from burning himself but he was such a Gurubhakt (dedicated to his guru) that in spite of Shri Shankaracharya’s plead he could not forgive himself for cheating his guru and immolated himself.

His sacrifice had a great impact not only on vedics but also on Buddhs. Right from Buddh gurus to laymen, all were compelled to believe that if a Vedic can respect a Buddh guru so much that he gives away his life for him even Buddhs should also respect Vedic Dharma.

It is said that a King named Dharampal was so touched with this incident that accepting the fact said by Kumaril that Buddh Dharma had emerged from the principles of Vedas, he accepted Vedic Dharma.

This way, Shri Kumaril a great personality of Vedic dharma who played a vital role in reestablishing the Vedic Dharma for which the Sanatan Society will always be grateful.