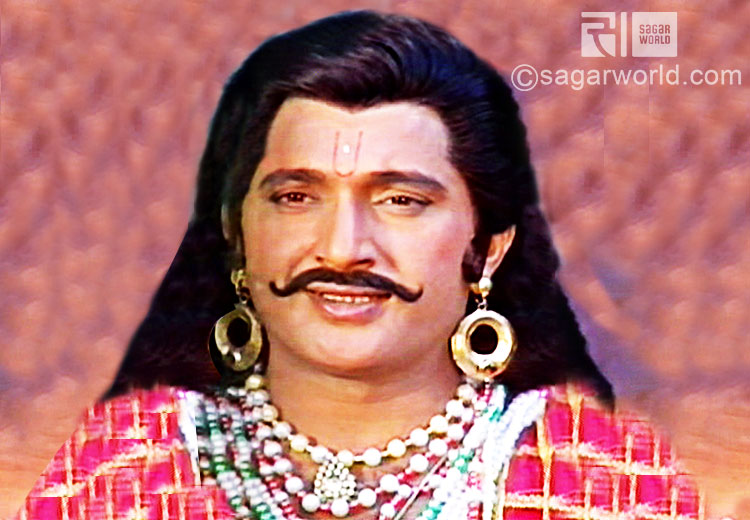 Once, a few great Saints and Sages were heading to Brahmalok to see Brahmaji. King Pandu, due to the curse from Sage Kimdam was impotent. He had no son and that is why he was very upset. “How will I get free from my ancestor’s debt if I don’t have a son?” He was always worried about this.

In the desire to acquire a son, he went on a journey to Brahmalok (where Brahma resides). The Sages explained him that this journey is going to be inaccessible and that he cannot go on this journey with his wives Kunti and Madri.

Then Pandu asked them if he would not go, how will his desire of getting a son be fulfilled? The Sages said that they can see with their supernatural power that he is going to be blessed with sons as good as Devtas (deities).

Sage Durvasa had given a boon to queen Kunti and had told her that on muttering this mantra, any devta (deity) she will think of, will come and fulfill her desire.

Kuntivini, on Pandu’s advice, thought of Dharmaraj (god of dharma/ duty), Vayudev (god of wind) and Indra (god of heavens/devtas) from whom she got sons namely Yudhisthir, Bhima and Arjun respectively. Then Pandu thought of having sons from Madri’s womb as well.

So Kunti gave the mantra to Madri. She thought of the Ashvini kumars and with them she gave birth to two sons Nakul and Sahadev. Ashvinikumars gave a boon that both the sons will be as good as them in beauty, power and wealth.

Out of the five Pandavas, the fourth one, Nakul was very good in looks, was ethical in nature and an expert in animal medicines.

He was compared to “Kamdev”, the god of love, due to his good looks. Nakul is famous as a great horse rider and expert on horses.

He was also known for his swordsmanship and horse-riding skills.According to legend, he could ride through rain without water touching his body.

At the time of Yudhishthir’s   Rajsurya Yagya (sacrifice), Nakul had won all the western states. From Draupadi, Nakul had a son named Shatanik. Nakul was also married to, Karenumati, the princess of Chedi Desh and had a son from her – Niramitra.

When the Pandavas were living incognito, they lived at King Virat’s palace. Nakul lived in the name of ‘Granthik’ and did the work of grazing the cattles and looking after the horses in the stable.

In the Great Battle (of Mahabharata), he slew the Gandhar prince Ulooka, son of Shakuni, on the 17th day of battle.