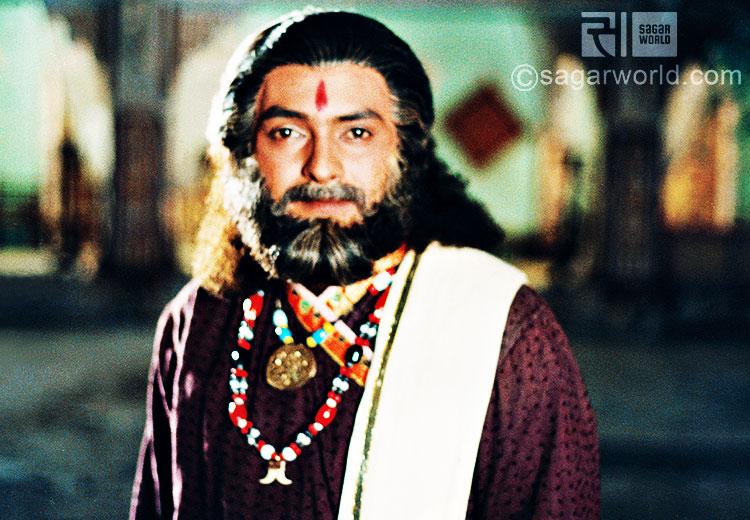 During the time of Nandbaba, Vaishyas had four occupations – farming, cattle grazing, business and lending money on interest.

Nandbaba was a cowherd and he used to graze cattle. There is a mention of Nandbaba’s two brothers –Upnand and Mahanand.

Nandbaba was an expert cowherd that is why he had become the leader of all the cowherds. In those times, one cowherd had thousands of cows. Gokul was spread in 84 Kosh (One Kosh is approximately 2 miles).

Cowherds used to dwell where water and grass was easily available. On the banks of River Yamuna, there was a huge jungle and Gokul was in this jungle.

Nandbaba had a Kshatriya friend named Vasudev. They were best of the friends. When the atrocities of Kans rose out of control, Vasudev along with Rohini sent all his queens to Nandbaba’s place.

Balram was born at Nandbaba’s place and Krishna also was reached to Nandbaba’s house immediately after birth. This way Nandbaba was a fatherly figure for Balram and Krishna. He raised them both and took good care of them.

For betterment of Balram and Krishna, he made Vrindavan his residence. Krishna carried on all his Leelas (acts) there. It was there that, Varun caught Nandbaba. Shri Krishna relieved him from Varun’s palace.

When Varun worshipped Krishna, then Nandbaba realised that Krishna is no ordinary person. He is “Purna Purshottam (God)”.

Once while Nandbaba was sleeping in Vrindavan, a python caught hold of him. The cowherds hit it with a fired stick, but it didn’t leave Nandbaba.

When Krishna came to know about it, he pressed the python’s tail, so the python immediately left Nandbaba and transformed in to Gandharva (celestial musician). Praising Krishna, he went away.

In Kans’s assembly Nandbaba was also there. When Krishna went to Mathura with Akoor, he did not meet Nandbaba but when he killed Kans and throned Ugrasen as the king. Then Nand and Vasudev met.

Nandbaba returned to Gokul on the day of solar eclipse, he took Krishna on his lap and kissed him and was satisfied. He felt as if he had met God and experienced the paradise.