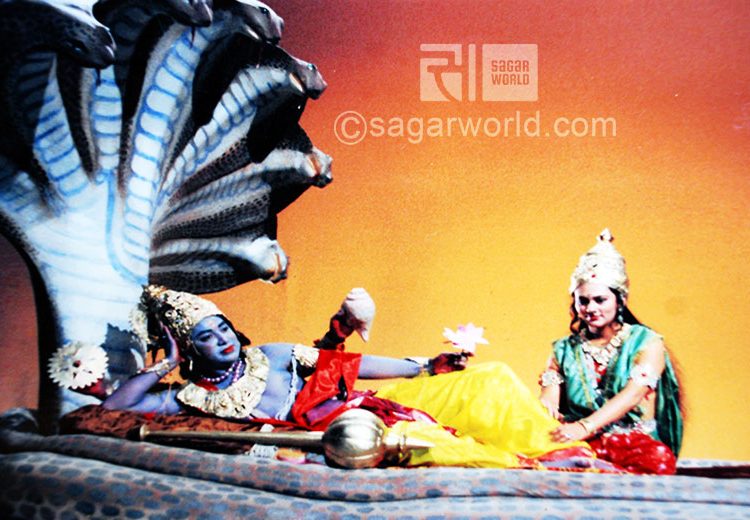 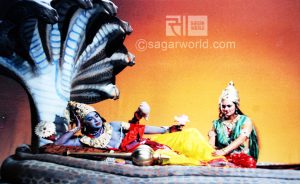 Vishnu is considered as the lord of maintaining the universe. The word Vishnu means Prevailing all over.

The word Narayan means “Naar” that is the one who lives in water. Vishnu is four handed with a shell, wheel, mace and lotus in each hand.

Pitambari, Vanmala, Kirit Kundal and Shri Vatsa are his ornaments. He rests with His wife Lakshmi in the Kshir sagar and sleeps over the Sheshnaag and resides at Vaikunth lok.

Since the time of Vedas to Puranas many forms of Vishnu have been described. There is a mention of this in Brahmin books and Upanishads also. In Vedas, Vishnu is considered to be a replica of Lord Sun.

By the time puranas came, Vishnu was worshipped as omnipotent and Lord with a great valor whose incarnation takes place whenever injustice rules over justice so that he destroys the evil and looks after the welfare of gentlemen.

Vishnu has vowed for the honour of religion and this oath is the precious treasure of Indian civilization.According to Puranas, there are twenty four incarnations of Lord Vishnu of which ten are considered to be main and important.

This is approved in all the puranas. The ten incarnations are – Matsya, Kurma, Varaad, Narsinha, Waaman, Parshuram, Rama, Krishna, Buddha and Kalki. 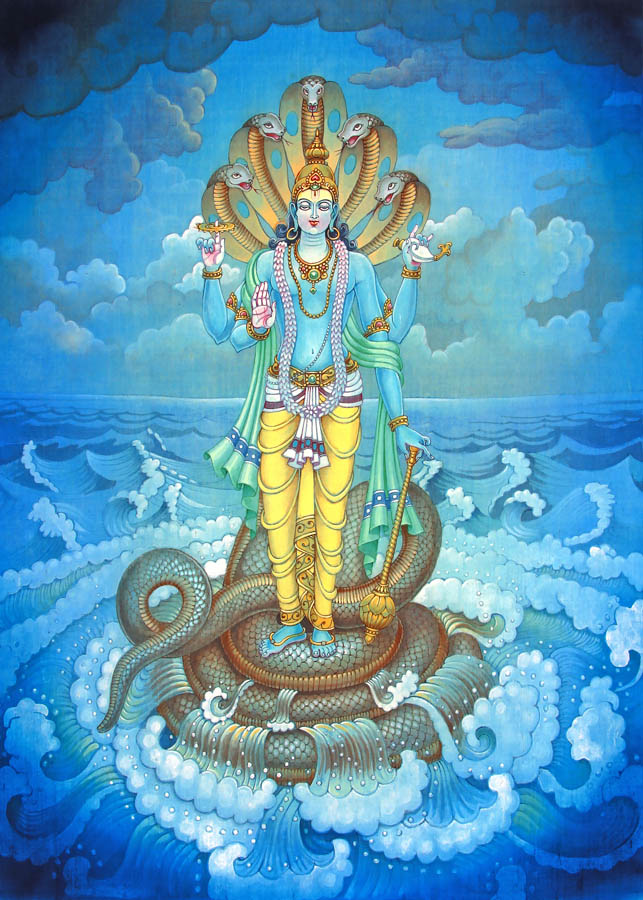 Out of these, nine incarnations have been over and according to the ancient belief, the tenth incarnation “Kalki” will be in Kalyug.

In Vishnupuran, Lord Vishnu has been paid homage by depicting him as “Lord of Lords”.

This Lord of lords as Brahma and with his passion he creates this universe in the form of Vishnu and then with horrified form as “Mahesh” destroys the universe.

With these three different forms he is lord of lords which means three lords or “Tridev”.

According to puranas men should not indulge themself  with other man’s wife, money and violence and with this, Lord Vishnu remains pleased with the mankind.

Vishnu incarnations are the most honest symbol of Indian civilization which has mutual relations of principles like attraction to beauty, philosophy, morals, strength, honesty and humanitarian values of life.