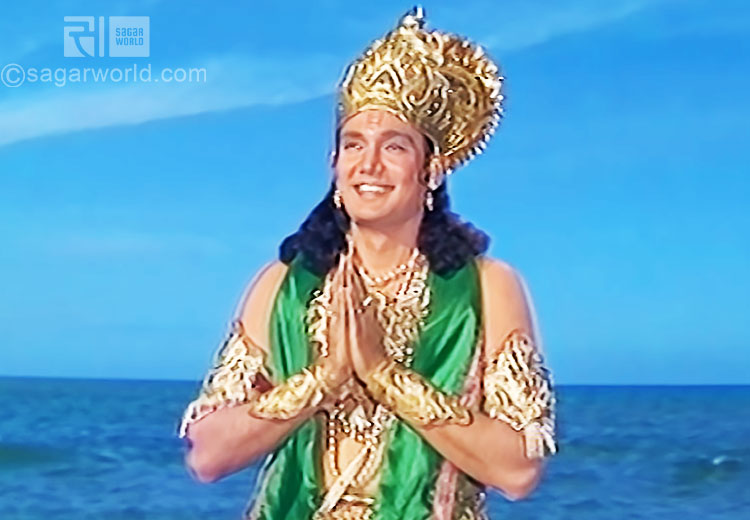 We find Vishwakarma’s mention in the Rig-Veda (one of the four religious books of the Aryans).The priests have called him the architect of this universe, possessing divine powers. According to an ancient story, his daughter Sanghya was married to Vivastav (Lord Sun). Sanghya could not bear the luster of Sun and returned back to her father. 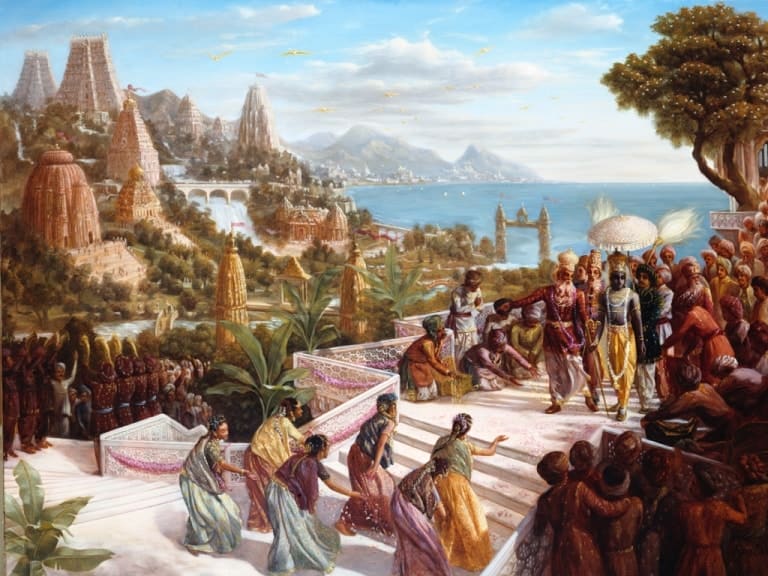 When Sun God went to bring his wife back, Vishwakarma took away most of his luster. It was with this luster only that Vishwakarma made Vishnu’s Sudarshan chakra (a rotating disc which revolves around the ring finger of Lord Vishnu and is multi-faceted weapon and tool), Shiva’s Trishul (Trident) and Indra’s Vajra( thunderbolt). Vishwakarma is believed to be the architect of the Devtas (deities).

He has created splendid and beautiful ancient cities like Dwarka(the city where Lord Krishna shifted to from Mathura, present day a city in Gujarat), Indraprasth(a city in ancient India that was the capital of the kingdom led by the Pandavas, presently located close to India’s capital city Delhi), Hastinapur( it was the capital of the kingdom of the Kauravas, presently in Meerut district in the Indian state of Uttarpradesh), Lanka(“Sone Ki Lanka’ or Golden Lanka was the place where the demon king Raavana dwelled in the Treta Yuga)and(heaven, abode of Lord Indra). “NAL” who made the bridge over the sea during the expedition of Rama’s victory over Lanka was the son of Vishwakarma. The Pushpak Vimaana (air device) which Raavan owned was made by Vishwakarma for Brahmaji who passed it on to Kuber (God of wealth), eventually reaching Raavana’s hands through his half brother Kuber.

In India, architects, mechanics, carpenters, iron smiths, plumbers and all professions related with architecture and construction believe themselves to be the descendants of Vishwakarma. The architects and mechanics worship him before commencing the day’s work. Every year, on the Sankranti of Bhadrapad (eleventh month of Hindu calendar), there is a pooja of Vishwakarma.