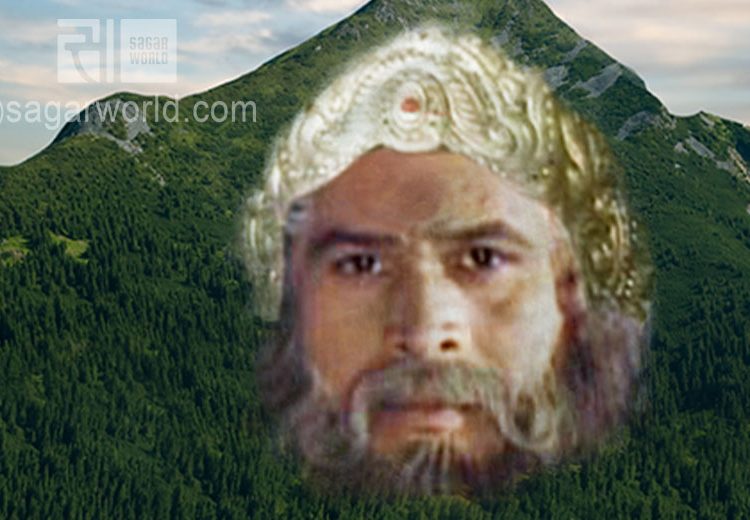 Mainaka Mountain is situated in the southern sea that lies between India and Lanka. Mainaka is the son of Himalaya. In his early days, he had wings and could fly freely in the sky.

Indra, the king of the gods, caused his wings to be clipped. With the help of Vayu (the God of Wind) Mainaka reached the southern sea and sank into its depths. Since then he has dwelt underwater.

When Hanuman was searching for Sita, and was flying through the air, the ocean asked Mainaka to rise up out of the water and give Hanuman a place to rest a while. After all, it was Vayu, Hanuman’s father, that had helped Mainaka find his resting place in the southern sea.

At his bidding, Mainaka rose up out of the water, and requested Hanuman to rest on him for a while. But Hanuman declined, “I am on a mission I have undertaken for Shri Ram; I will not rest unless it is completed.” Disappointed, Mainaka sank back into the depths of the ocean again.