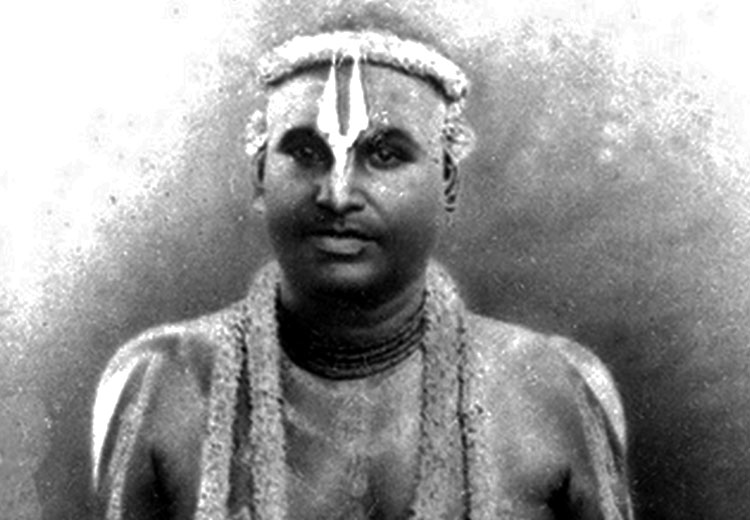 Sant Charandas was one of the great saints who had dedicated every moment of his life for human welfare. The founder of Shukra Sampraday, Shri Charandas was born on the third day of first half of Bhadon month in Samvat 1760 in a small village named Dehra, 8 kilometres from Alwar city in Rajasthan. His father’s name was Muralidhar and mother’s name was Kunji Devi. He was from a pure Bhargav Brahmin family.

The childhood name of Sant Charandas was Ranjit. Since childhood he was different and loved to live alone. He was five years old when Yogishwar Shukdev gave him darshan on the bank of river in Dehra. At the age of nineteen, when Ranjit was in search of Guru, then he once again met Shukdevji at the famous place Shuktar or Shukrataal near Firozpur. Here Shukdevji ceremoniously consecrated him and made him his disciple. After this, he learnt about Ashtang Yog (the eight Yogic practices), knowledge, devotion, Karmayog (a religious performance for purifying the mind). Then he came to Delhi and there he performed Ashtang Yog for fourteen years in a cave. It is said that, once a fire broke near the cave and it also entered the cave but Shri Charandas kept meditating and did not move from his place. People thought that he must have burnt in the fire but after accomplishing his meditation, when he came out, people were shocked to see him alive.

Shri Charandas had named the main area in Delhi after his Guru’s name as “Shukdevpura” but people were so influenced with Charandas that they started calling this area as “Muhalla Charandas” and now this area is famous in this name.

Shri Charandas did not believe in Hindu, Muslim, high or low caste and so some orthodox people opposed him. They abused him, attacked him with sword but he did not feel bad about anyone. He always thought well about those who opposed him. In the end, impressed with his conduct everyone became his devotee.

In spite of being such a miraculous saint, Sant Charandas was dead against miracles. He never gave importance to achievement in outside world. While living mainly in Delhi, he had visited other places also like Lucknow, Jaipur, Panipat, Karnal, Kabul, Kandhar etc. Shri Charandas campaigned devotion with love. He had thousands of followers of which the chief were Sahajobai, Dayabai and Shri Ramroop.

Shri Charandas was such an expert Saint that he had predicted his death twelve years prior. Once more, one year prior, then three months prior and then one month prior he predicted about his death and it happened exactly as he had predicted. According to his prediction, at the age of 79 years and three months, on Wednesday, seventh day of Margshirsh of Samvat 1839, he died.

At the time of his death thousands of his followers gathered but he did not appoint anyone as his successor. Three of his seats are very famous Sahajobai, Ramroop and Jugatanand.

Today, his sect is known as Charandasi Sampraday and Shukra Sampraday. Shri Charandas said that a devotee must always take care that they should not harm anyone with mind, speech or action. The only way for a devotee to attain salvation is to consider everyone has his own image and always recite the Lord’s name.