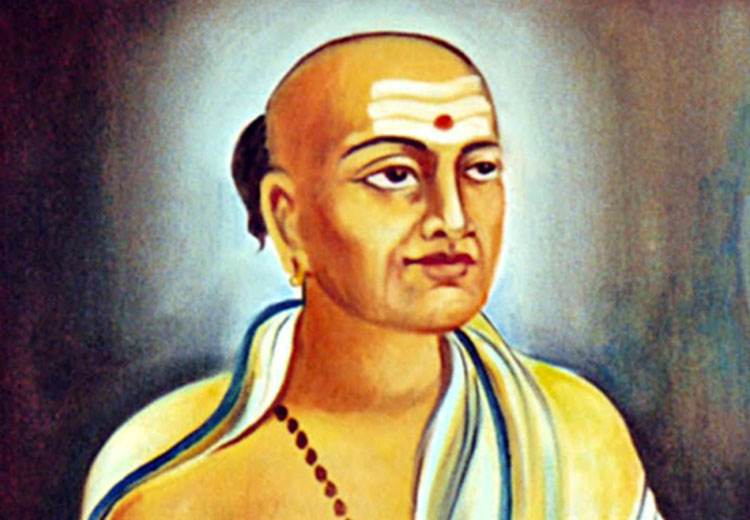 One of the greatest saints of South India, Shri Pothana was born in 1400 AD (some people believe it to be 1450 to 1510) in a village named Bommera near Warangal in Andhra Pradesh. His father’s name was Ketana (Kesana) and mother’s name was Akkamamba (Lakshamamma).

Since childhood, Shri Pothana was religious by nature. He had learnt all the Vedas, Shastras, Puranas, Upanishads, Ramayan and Mahabharat. In spite of being a scholar, SHri Pothana farmed and lived a very simple life. He had a natural flair for writing poems and without any guidance and a teacher, he continuously wrote bhajans. At a very young age, he wrote religious books like “Bhogini Dandakam” and “Virabhadra Vijayamu”. But his actual calibre came to be known when he wrote “Shrimad Bhagwatam” in Telugu. After this creation, Pothana was counted as one of the greatest Saints. The impact of Shrimad Bhagwatam that he wrote in Telugu was so much that people believed that Shri Ved Vyas had personally written it through Pothana. His Bhagwat Puran in Telugu is known as “Pothana Bhagwatam” and “Andhra Maha Bhagwathamu”.

Shri Pothana was a great devotee of Lord Shiva. Once, on the day of eclipse, when he was praying to Lord Shiva on the banks of river Godavari, he got a sight of Lord Ram who asked him to write Shrimad Bhagwat in Telugu. By the order of Lord Ram, Shri Pothana wrote the Bhagwat Puran in Telugu which was originally written in Sanskrit by Shri Ved Vyas. After completion of Telugu Bhagwat, King Sarvajna Bhoopal wanted Shri Pothana to dedicate it to him. He pressurized Shri Pothana and also tempted him with expensive gifts but Shri Pothana rejected all the offers and dedicated his Bhagwat to Lord Shri Ram. According to him, he had not written the Bhagwat but Lord Ram had got it written by him and remains to be one of the greatest books of Telugu literature.

Shri Pothana has written many devotional songs. He is such a famous poet that there must not be a single Telugu family where Pothana’s songs aren’t sung during prayers. His songs are full of devotion, sweet like honey and cooler than the rays of the moon.

In his times, Pothana had worked on resolving disputes between Shaivas and Vaishnavs. He was the first Shiv devotee. While praying to Shiva, he had a sight of Shri Ram. After this, he became a devotee of Lord Ram. He got consecrated by Vaishnav guru Chidanand Yogi. But Shri Pothana believed that Shaivas and Vaishnavs are the two sides of a coin. Worshipping god in any form is the worship of God only.

In 1470, at the age of 70 years, this great devotee left for his heavenly abode. Though Shri Pothana left his physical body, the great saint and devotee will always remain in the heart of devotees and lovers of literature.