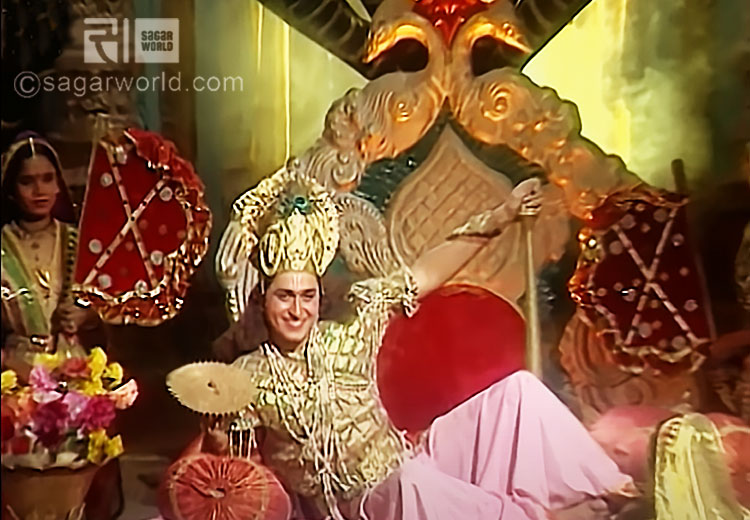 Pondrak was the son of Vasudev, King of Pandu state. He was Jarasandh’s friend and thought himself to be Krishna and tried to get famous in the name of “Vasudev” and “Pursottam”. Pondrak was also present at Draupadi’s Swayamvar (selection of her husband by a princess in public).

Due to his ego, he sent a message to Shri Krishna to stop wearing his dress as Pondrak is the only “Krishna” and hence Pitambar dhari (one who wears yellow silk cloth). If he does not do that, he should prepare for war.

At this, Shri Krishna attacked him and killed him and his associate Kashiram.

When Jarasandh had attacked Mathura, that time Pondrak had supported Jarasandh. He had enmity with Shri Krishna from long before and this enmity became a reason for his death.