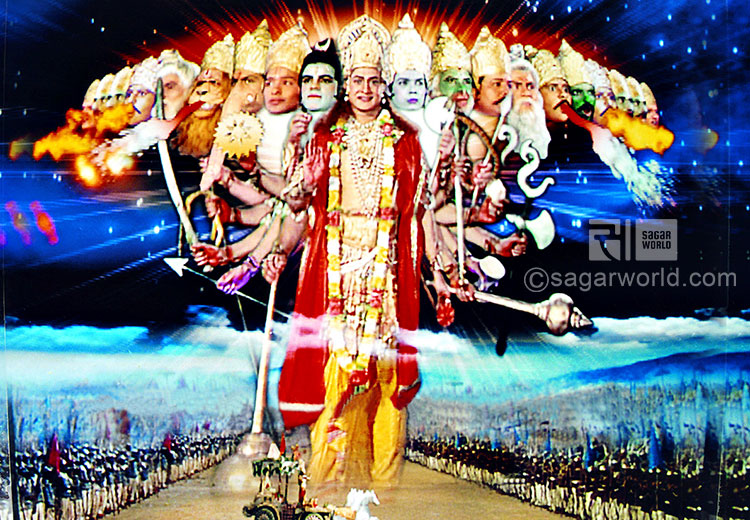 Shri Krishna explained the condition of a well- satisfied person by giving an example. He said that in spite of water from all the rivers being collected in the sea does not raise the water level of the sea, the same way a satisfied person enjoys all the pleasures in life but keeps distance from affection.

All the deities were pleased to hear the preaching’s of Geeta. When Arjun asked Krishna, which yoga was better, Gyanyog or Karmayog, He replied, “Both the yogas were excellent because with both these, the accomplisher attains God.

That is why every human should act in a way just as a yagya (sacrifice) is carried out because a yagya is done for public welfare and while doing an act there should be a feeling of public welfare.” Krishna asked Arjun to protect religion and to observe the Kshatriya religion and carry out Ranyagya which meant going for the battle.

Shri Krishna said, “Many times to protect the saints and sages and also to reestablish religion, on this earth, I have to manifest.” The reason for the Lord’s incarnation on earth was the same.

Shri Krishna cleared the meaning of Karma saying that one should have faith in the feeling of karma (action). The combination of knowledge and faith only leads one to the path of meeting God.

This way the easiest way to salvation was devotion but devotion could not be done along with fascination.With this preaching, Shri Krishna appeared in an enormous form in front of Arjun to let him free from the affection of terrestrial relations. Arjun was surprised to see the huge form of Krishna.

“The Viraat Swaroop of Krishna represented the millions of forces and energies in the vast universe that is a great balancing act. All the varied Lokas floated across the vast body of the Virat Roop of God.”

The deities prayed to this huge form with great devotion.