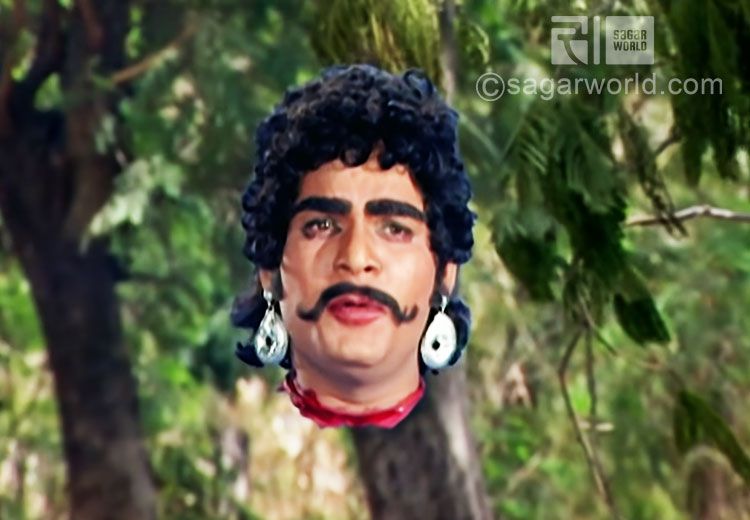 Ashwathama attacked the Pandavas camp at midnight. He killed five of Draupadi’s sons thinking them to be Pandavas and gave the news to Duryodhan on return.

Then Duryodhan also died. Gandhari and Dhritrashtra were lamenting on the death of Duryodhan.

On returning back to their camp, Pandavas got the news of the murder of their sons. Draupadi was very sad. Bhima was very angry and got out to kill Ashwathama.

Shri Krishna warned Pandavas that Ashwathama had got the divine Brahmasir weapon given by Guru Dronacharya and that it was very dangerous.

Ashwathama ran away and reached Ved Vyas’s ashram and took part in the ritual ceremonies of the yagya. Pandavas also reached there following him. Bhima yelled for Ashwathama.

Ashwathama got very angry and wanted to kill the Pandavas with his divine weapon. Arjun also wanted to use Brahmasir weapon to reduce the effect of Ashwathama’s weapon.

Then Vyasji asked both of them to take back their weapons.

Arjun took back his weapon but Ashwathama pointed his weapon in the direction of Uttara’s womb and set it free.

Shri Krishna sent his Sudarshan Chakra in between and nullified the effect of Ashwathama’s weapon and protected Uttara’s womb.

Pandavas took away the celestial gem from Ashwathama and punished him. Yudhishthir fixed the gem in his crown; just then Pandavas heard Barbarik laughing loudly and were shocked. Then Krishna told them the story of Barbarik.

The story was that Barbaric was a saint and a great warrior. Frightened with the atrocities of Barbarik’s grand father demon king Mush, all the deities including Indra and the Saints asked Shri Krishna and Balram for help. Lord Krishna fought with Mush to help the deities and saints and killed him.

Princess Kamkantika fought with Krishna to take revenge of her father Mush’s murder. Krishna wanted to kill her also, just then Devi Kamanya manifested and said that Kamkantika was her devotee.

At this, Krishna forgave her and decided to get her married to Bhima’s son Ghatotkach. Kamkantika gave birth to a bright child named Barbarik. Barbaik observed penance and got supernatural powers from Nava Durga and other Goddesses.

In the end, to get salvation by the hands of Krishna, he went to the battlefield of Kurukshetra, there Krishna awarded him salvation.