Banasur – demon with a thousand arms 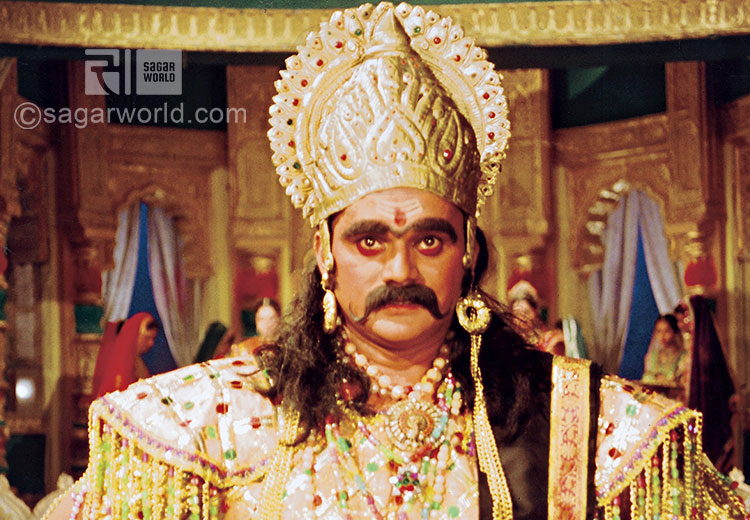 Bali was an eminent demon; he had hundred sons of which Banasur was the eldest.

With his valour he had made Shonitpur (present day Tezpur, Assam) his capital.

He was a devotee of Shiva and a firm-minded person. He had thousand hands, so Banasur is called Sahashtra Baahu (thousand hands).

While Lord Shiva performed his famous ‘Tandav Nritya’, he used to play the ‘Mridanga’ with his thousand hands.

He worshipped Shiva for thousand years. With this, Lord Shiva was pleased and gave him a desired boon.

He asked for a boon like a true devotee. “You reside near my town.” Lord Shiva resided at a place named Kedar which then became famous as Kedarnath.

With irresistible desire for war, he also said that he can fight with everyone except Shiva.

Lord Shiva said whenever his flag on his chariot falls he will be defeated, since that day he was waiting for his flag to fall. This flag fell during the war with Aniruddha.

Banasur had strength, knowledge, wealth in excess and that is why he had become egoistic, but Shiva could not bear pride in his devotees.

Banasur always looked for someone as strong as him on this earth; he defeated great warriors in war.

That is why, wherever he used to go, deities, public and great people used to get scared of him and run away.

He even defeated Lord Indra. He had a long life.

He took birth at the beginning of Treta age (there are four ages according to Hinduism- Krita (Sat), Treta, Dwapar and Kali) and was alive till the Dwapar age.

Banasur had a daughter named Usha.

She was very beautiful and once she saw Aniruddha (grandson of Shri Krishna) in her dreams and was fascinated by him.

She told about this to her friend Chitralekha who was an expert in drawing sketches.

Chitralekha knew Yoga with the help of which she could fly.

As per the description of Usha, she made a sketch of Aniruddha and when Usha confirmed, she went and picked up Aniruddha and brought him to Usha’s Palace.

When Banasur came to know about this, he was very angry and he locked Aniruddha in prison.

Narad gave this news to Krishna, so Krishna left with his army to fight with Banasur.

When Banasur was getting defeated, he remembered Lord Shiva.

Shiva came down and there was a fight between Shiva and Krishna.

In the end Shiva told Krishna. “Almighty, who can win over you? Banasur is my devotee, please forgive him.”Krishna said, “As it is.

I will not kill him because firstly he is your devotee and secondly he is the great grandson of Bhakta Prahlad and I had vowed not to kill any of Prahlad’s descendants.

Since today, he will be your chief courtier and would become immortal.”

On saying this, Krishna cut all his hands leaving four hands. Banasur bowed down to Vasudev (Krishna).

Brahma – The Creator of Universe