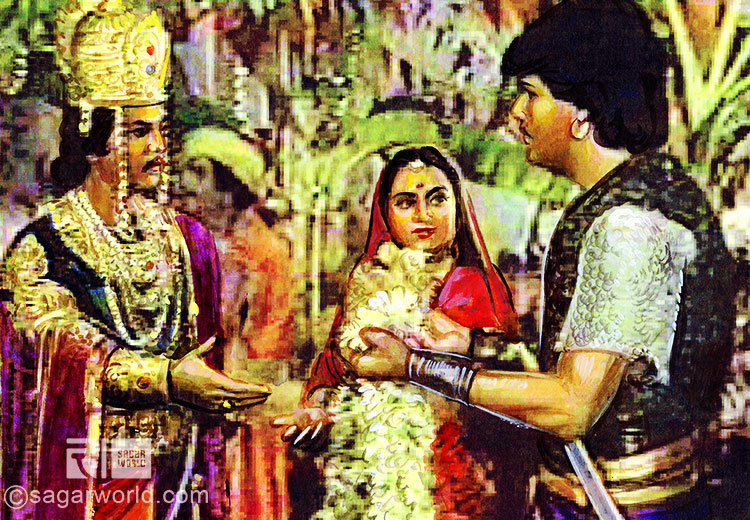 Once again King Vikramaditya started to walk carrying Betaal on his shoulders, and Betaal started telling a story about a king and the general of his army.The King of Kanakpur had died a sudden death, and so his young son and the crown prince Yashodhan was crowned the King. 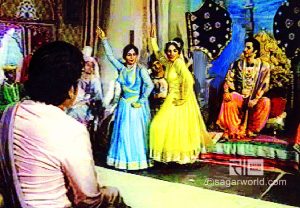 Though being young, Yashodhan was a dutiful and a responsible king. His subjects were very happy and there was contentment and prosperity across the state.

To run a state successfully, a King needs good officers and hardworking and honest servants. But, as it is said – sometimes servants also make mistakes, and the same thing once happened in King Yashodhan’s court. 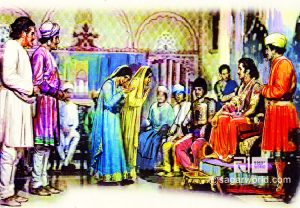 Once, a businessman named Kaushalsen brought two dancers in the court.King Yashodhan was very impressed with their dance.

When he asked them where they had come from, an officer of the king’s court, replied that Kaushalsen had brought them. He said that Kaushalsen wanted to gift the two dancers to the King; they would stay as servants and also entertain him with their dance.King Yashodhan got angry at this gesture and asked him how can he make such talented dancers his servants. The king then said that by gifting these dancers to the king, Kaushalsen was hoping to get his taxes waived. 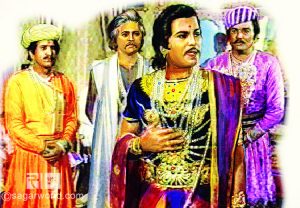 He also advised his court officers to think of the good of the state first, and not the pleasure of the king. 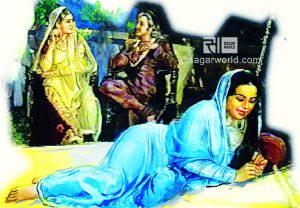 In the same city a rich businessman had a beautiful daughter. Her father was concerned about her marriage. He decided to approach King Yashodhan with a proposal of marriage to his daughter.

When he went to the King and made his offer, the king replied that refusing a girl after having seen her is a very bad thing to do.So he asked two of his elderly officers Suchitrasen and Vichitrasen to go and see the girl in his place, and if they though her to be deserving to be his wife, he would accept this relation. 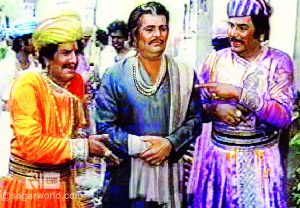 The officers went and saw the girl and they liked her very much. They wished for her to be the queen. They were coming back cheerful, and on the way they met Kaushalsen. He asked them the reason for their happiness. The officers told him everything. At this, Kaushalsen said that the King had asked them to vouch for the state’s good first and then that of the King. If the King married such a beautiful lady, the state will then be destroyed.

The officers agreed with him and went and told King Yashodhan that the girl was not at all beautiful and was not suitable for him. So Yashodhan sent a message of rejection to the girl’s father. Later, the girl was engaged to the king’s army chief(general). 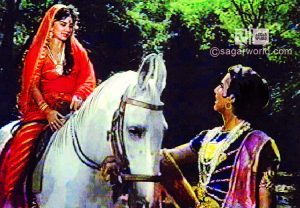 The marriage was to take place after some time, so they started meeting each other. Once they met and the girl wanted to ride his horse. She mounted the horse and started riding.

Then she wanted to turn the horse around and go back, but the horse was resistive and  was not obeying her commands. Right then, King Yashodhan, who was out in the field discussing defence matters with his officers, saw the girl struggling. He  helped her turn back the horse. Then he asked her for a smile as a reward, and she gave him a beautiful smile. Yashodhan immediately fell in love with her. He asked his officers to follow the girl and find out whose daughter was she as he wanted to marry her. 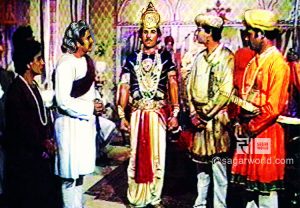 The officers then told King Yashodhan what Kaushalsen had said about marrying a beautiful woman. The king later asked his general if he thought that he would not remain a good king and his state will be finished if he married a beautiful women of his choice. The general replied that he thought the opposite way, that if the king could not marry the girl of his choice, he would remain sad and his inefficiency in work due to it could lead to new troubles for the state.

The King ordered the general to go and arrange his marriage. He went along with the other two officers to where the girl lived. As they reached there, he was shocked to see it was his about-to-be in-laws house and told the other officers that he had got engaged to that girl just ten days ago. 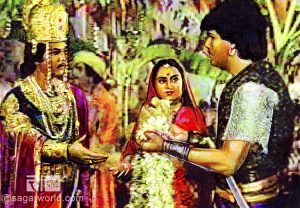 The other two officers were shocked to hear this and they told him that they would let the king know of this, but he stopped them, and instead went and broke off his engagement, feeling that it was his foremost duty to serve the state.King Yashodhan’s marriage was arranged with the girl. The  officers finally told him the truth about the general’s engagement with the same girl. The king was shocked to hear this.

On the day of the marriage, just as the girl was to garland the King, he stopped her and gave his garland to his general ordering him to marry her. The general and the girl got married.

The general had been engaged to her and had been seeing her for many days, and so he would have stronger feelings for her than the king, who had just seen her once and fell in love with her.So it was much more difficult for the general to let go of his love to marry his king but he silently sacrificed his love.

Betaal was satisfied with the answer but since Vikram had opened his mouth, he flew away. King Vikramaditya started running after him again.

The Revenge of Nagin

The Revenge of Nagin