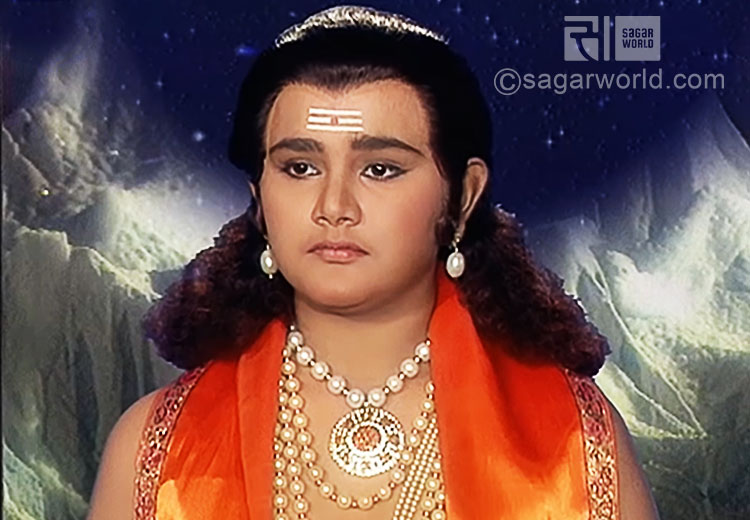 Lord Kartikeya was the son of  Lord Shiva and Devi Uma. Kartikeya was very adventurous, thus he was appointed the army chief of the Devtas. There are many names of Kartikeya mentioned in the Puranas, such as Kumar, Skand, Subrahamaniam, Sanmukha (with six faces), etc. corresponds to the five senses and the mind. The six heads also stand for his virtues, and enable him to see in all the directions – an important attribute that ensures that he is able to counter all kinds of blows coming his way.

The war imagery and the six heads of Kartikeya indicates that if humans wish to lead themselves efficiently through the battle of life, they must always be alert lest they are shown the wrong path by crafty people with the six demonic vices: kaama (sex), krodha (anger), lobha (greed), moha (passion), mada (ego) and matsarya (jealousy).

”Kartikeya- the son of lord shiva,  carries on one hand a spear and his other hand is always blessing devotees. His vehicle is a peacock, a pious bird that grips with its feet a serpent, which symbolizes the ego and desires of people. The peacock represents the destroyer of harmful habits and the conqueror of sensual desires. The symbolism of Kartikeya thus points to the ways and means of reaching perfection in life. In the southern states of India, Kartikeya is a popular deity and is better known as Murugan.”

According to the stories depicted in the Puranas regarding the birth of Kartikeya, there was a demon named Tarkasur. He observed penance to please Lord Brahma. Pleased with his worship, Brahmaji told him to ask for a boon.

He asked to remain immortal. Brahmaji refused saying it was impossible but as he was enemy to the devtas, they would not be able to kill him until Lord Shiva had a son from his legitimate wife, then Tarkasur would be killed by that son of Shiva. Being blessed with this boon, Tarkasura started harassing the Devtas.

The devtas were very worried and went to meet with Lord Vishnu. They told him that after the death of his wife Sati, Shiva was in despair and he had been in penance since then. He did not have a legitimate wife. How can he have a son? And if he did not have a son, Tarkasur could not be killed. Then on Lord Vishnu’s order,

”Indra sent Kamdev to disrupt Shiva’s penance. In those days Parvati had secretly thought of Shiva as her husband. When Tarkasur came to know about it, he tried to kidnap Parvati but could not succeed. Here Shiva’s penance was disrupted with the libidinous arrows of Kamdev. Angry with this, Shiva opened his third eye and burnt Kamdev to ashes but by then Kamdev’s arrows had already affected him. With the effect of these arrows, Shiva and Parvati met and Kartikeya was born.”

Tarkasur tried to kidnap Kartikeya but could not succeed. Kartikeya the son of Lord Shiva, who was powered with divine powers right from birth, vowed to kill Tarkasura. A fierce battle was fought between Tarkasur and Kartikeya during which Devi Ganga supported Kartikeya.

In the end, Kartikeya killed Tarkasur and relieved devtas from their tormentor.Pleased with Kartikeya’s valour, Devi Ganga granted him the knowledge of many divine arts with the help of which apart from being a valorous fighter and army chief of the devtas, he became famous as the one with knowledge of many arts.

”In the ancient Indian art we find statues of Kartikeya in many different postures. In the Mahabhasya(great commentary) of Patanjali (yoga sutra), there is a mention of statues of Kartikeya.  Krishna has also given him a position in his Mudras (postures). Chalukyavanshi (lineage of Chalukyas) worship Kartikeya as their favourite God.’‘