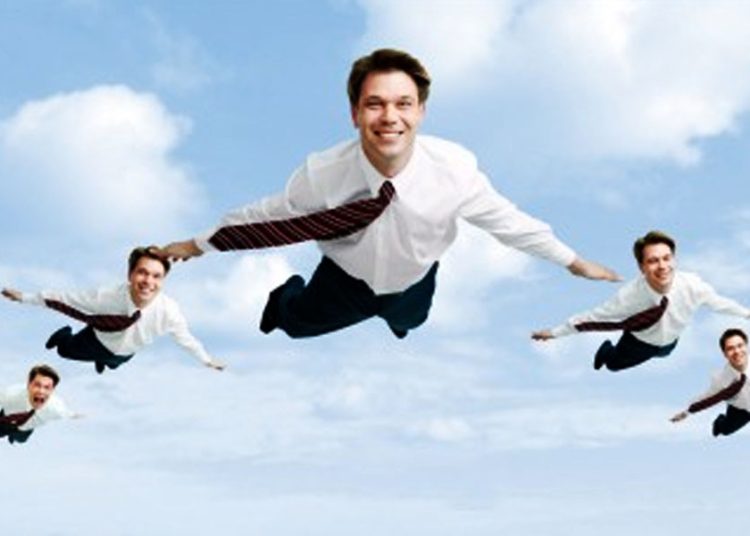 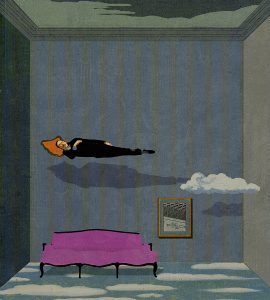 I am trying to write shorter posts and more frequently because I guess I have been writing them very long. Also things have been busy at work and so writing again after a longer gap than usual. Thank you to all the wonderful people that come regularly to read this from all different parts of the world. It gives me encouragement to write more.

Dreams have been part of my nightly ritual ever since I can remember and continue to be so. I guess my mind is very active even when I sleep, that is why when I get up, I feel tired! However, I think it is more of a boon than a curse to see these wonderful movies every night in the skull-shaped theatre called the mind.

The moment that we go from waking to sleeping state is a very quick one. I have tried many times while lying down with my eyes closed to watch out for that moment when we slip into sleep state but without proper training and practice that state is difficult to reach. Yog-Nidra is the ancient art of sleeping with full consciousness and awareness. It can be achieved under the guidance of a trained practioneer. It is so relaxing and rejuvenating, compared to normal sleep in which our mind is still active and so not fully resting, that a yogi might only require 4 hours of sleep. It is said that there is a silver cord that connects the subtle body with the physical body. During sleep the subtle body with the help of the cord would float around much like a kite while the physical body rests. Depending on the elasticity of this cord and risk appetite of the individual the subtle body can travel to any place in the world and other worlds too. 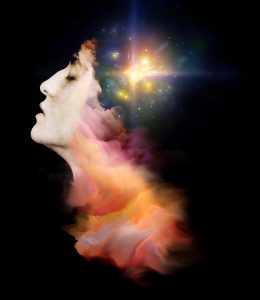 Dreams are surely a process of the subconscious mind to record in its own peculiar format all the information that has passed during the day that is why most dreams are connected to events, people and situations that we experienced during the day. It does not record them in literal format but in a round about way, by making its own story taking only a character or situation from the day. I guess this is the huge database called the subconscious mind, which remembers all our previous lives and could have records dating back millions of years even when we might have been creatures living in the depths of deep, dark oceans, where not a single ray of light has ever reached. I have seen some footage of these deep-sea communities that thrive in freezing temperatures and it really looks like hell! Science has yet to make such an effective storing device like the one in-built in our bodies.

The most beautiful experiences that I ever had as a kid were the flying dreams. My physical body was as light as a feather and at will I was able to travel anywhere and any place. I used to experience an indescribable thrill and joy during these dreams, as I would zip into the skies, swirl past the bungalows of Juhu and chase black crows as they flew alongside me. 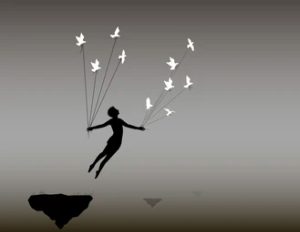 Oh what a joy to be able to fly in open skies! Liberation from the dense bodies that we carry around with us. The cool winds lashing against the subtle body, which felt no different from the physical one and the best part it was a bright daylight even though I was dreaming at night. The joy one experiences as a plane takes off from earth and we look out at the ever-diminishing cityscape before the spectacle is taken over by another greater spectacle, clouds. It is that feeling multiplied by a 1,000 times. No wonder the flying-wonder Superman was my most favorite super-hero, the only one with natural powers as compared to Batman and Spiderman who acquired powers from a genetic mutilation.

I once had the strangest experience. I had a dream where I went with my cousins to our farmhouse. I was standing in the balcony with a younger cousin in a particular position on the first floor of a farmhouse. We were alone. We were looking out into the distant landscape and talking. I recalled the dream vividly the next morning but brushed it off as another one of my movie nights. Exactly after one week we went to this particular farm in the State of Gujarat. We reached the farm and somehow this cousin and me started walking up the steps of the bungalow alone. 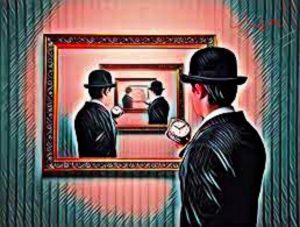 At that moment itself I sensed something was up! We walked up to the balcony and stood at exactly the same positions as in the dream. I had the strongest feeling of déjà vu; “Seen again” in French. Chills and shivers up my spine. At first I wasn’t able to recall where I had seen this before then I did. Could déjàvu’s be images that we have already seen in our dreams? Hence that eerie feeling of having had seen this before. Is everything so rigid and pre-determined to the tee that we have no free will at all? This is a question that baffled me and continues to do so!

Many a times we can work out commands in our sleep. I have done it many times. I have told myself to get up 6:00 AM the next day and gone to sleep without an alarm clock. At sharp six my eyes will open. Isn’t this a miracle in itself? How could my mind know that it’s 6 AM when I am fast asleep with my eyes closed? Is there an inbuilt clock in our system? We look for big miracles but I always see so many smaller miracles in everyday life. We are much more powerful than we think we are. The power of the mind is so great that we underestimate it. We only use a fraction of our brain’s capacity. 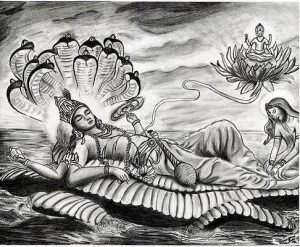 Just like the inaccessible database of archival footage that we have stored in the sub-conscious mind from many, many lifetimes. What you are at present is a cumulative total of all those events, tragedies, celebrations, births and triumphs. So the point at which you are today is exactly where you are meant to be! It is not random. That’s how important the present is. The power of now!

In Hindu scriptures there are four states of consciousness (1) Waking state (2) Dream State (3) Deep Sleep (4) Turiya – bliss! There are saints that would work out certain karmas in their dreams. The experience of a dream is as real as real can be. We experience pain, anguish, joy and laughter. There is hardly any difference between the waking experience and the dream experience. Hence an enlightened being can make love to a woman in the dream and finish off a past karmic debt or credit avoiding complications that may arise from a enacting that karma in the physical world and the emotions that may arise from it. Our world is but a dream of Vishnu! So he lies asleep resting on his coiled serpent, The Sheesh Naag, in the Ksheer-Sagar (Ocean of milk) as his consort, Laxmi (the goddess of wealth) stays awake, keeping everyone busy in moneymaking activities.