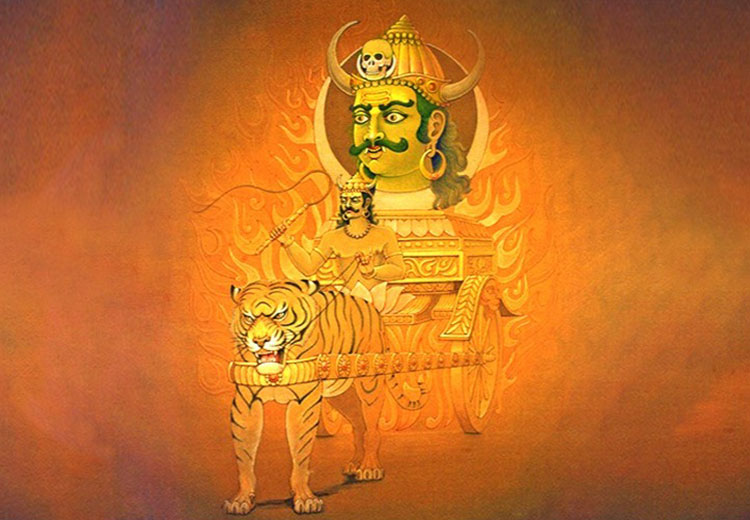 Rahu, the great warrior who divides even the Sun and Moon in half, is born from the womb of Simhikaa. Rahu is not an actual planet. In reality, it is an intelligent concept unique to Indian astrology.

The two nodes where Earth’s trajectory round the Sun and Moon’s trajectory around the Earth intersect are named Rahu and Ketu (they are known respectively as the Dragon’s Head and the Dragon’s Tail in the West). Consideration of these two lunar nodes/shadow planets lends more precision to analysis in astrology.

According to Hindu mythology, Rahu is the head of the demon and is responsible for lunar eclipses when Sun, moon and Earth aligns in common zodiacal longitude.

Mythology states that when Lord Vishnu extracted the nectar of immortality by churning the sea, he arranged to deceive the the demons and serve the Amrit to the Gods to drink it.

Rahu being a demon was not deceived by the ruse and, disguising himself, sat between the Sun and Moon and managed to take a sip of the nectar, before his head was severed by Lord Vishnu, who had been apprised of his true identity by the Sun and Moon. Since the nectar had reached Rahu’s neck by then, his head survived, while the rest of his body turned to ashes. Later, the rest of the body was revived and was named Ketu.

As the story goes, since then, both the planets are hell bent on taking revenge on the Sun and Moon, by devouring them, which constantly causes Solar and Lunar eclipses.

Garlic sprang up wherever drops of Rahu’s blood fell to earth; its medicinal qualities (long and healthy life) are like those of Amrit, but it has a Rahu-like effect (tamasic) on the minds of those who consume it. Rahu is a legendary master of deception. Rahu is considered to be a Shudra graha, which rules illiteracy and uncultured people.

In horoscopes it is considered to be a malefic planet, signifying thieves, witches, magicians, venom, snakes, jails, cemeteries, spies, criminals, terrorists etc. People dealing in the occult, especially dark magic, are deeply influenced by this planet. Rahu is similar to Saturn in its effects. Hence Rahu can also afflict one with unexpected losses, frustration, failures etc, if not placed in an advantageous position.

At the same time, if in favor of the person, Rahu grants success, unexpected gains, strengthen one’s powers and turns foes into friends. Rahu is the Significator of faulty logic, harsh speech, outcaste, an irreligious person, going to a foreign country, unclean, Bones, abdominal ulcers, falsehood.

Rahu is instinctual and animalistic in nature. It craves pleasures, but is never satisfied with its gains. Fame, success in politics, money and physical attractions are all granted by this planet. And yet the ambition never seems to be fulfilled. It is said to be exalted in Taurus giving auspicious results in Libra as well.

Virgo can be considered to be Rahu’s own house, as Rahu is similar to Saturn and Mercury is the friend of Saturn. Rahu’s friends are  Mercury, Saturn and Venus. The enemies of Rahu are Sun, Moon and Mars.

This planet relates to the mind and can bestow brooding habits, fights and trifles on an ignorant man. RAHU is debilitated in Scorpio. When it is weak then it causes diseases of phlegm, intestines, skin, nervous system, ulcers, blood pressure, heart trouble, psychic disturbances, insanity, leprosy, insect

Rahu’s element is air and direction is south-west.

Rahu as a provider of success and strength makes mankind realise the best and worst aspects of human potential.The Puranas say that Rahu is instrumental in strengthening one’s power and converting even an enemy into a friend. Even the effect of snakebite could be removed by his grace. Success of effort is a blessing of Rahu as he stands for vigor and valor.

Following the direction of your Rahu is quite a bit like being a sailor in ancient times. To keep their boats on course toward their destination, sailors kept looking to the North Star (one of the brightest stars in the sky) to get where they were going.

They encountered many obstacles on their journeys – pirates, fog, thunderstorms, marshy swamps and more – yet they kept their focus on the North Star to guide them safely to their goal.

Perhaps you have pirates, fog, thunderstorms and other distractions in your life, too! Whether it is irritating people, confusion about relationships or goals, or your own strong emotions, when you get thrown off-course by situations and events in your life, you can look to your Rahu sign to help you get back on track. In numerology, Rahu’s number is four. Number four people are rebellious, non–conformist, uncertain, oppositional, unpredictable and creative. 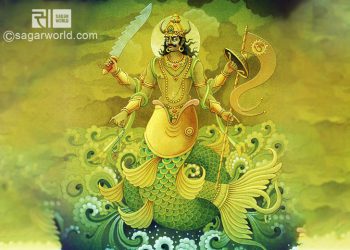 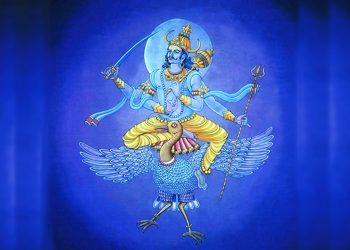 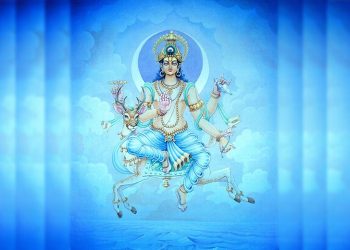