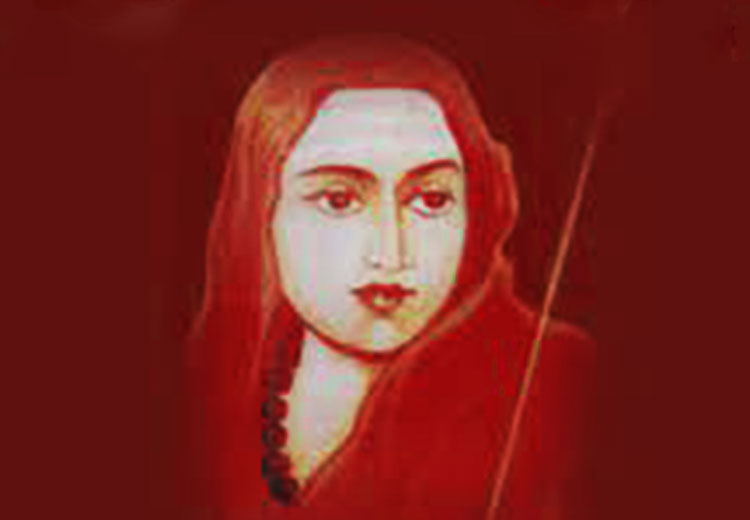 Hastamalakacharya was the third greatest disciple of Shri Aadi Shankacharya. He was appointed Peethadhish (head of math) of Sharda Math at Dwarka in western region established by Shri Shankaracharya.

Shri Hastamalak was a yogi in his previous life. It is said that a Pandit from Baligram, Prabhakar, once went to bathe in the river Yamuna with his wife and two-year-old son. Leaving their son in the cottage of a saint who was meditating, both husband and wife went for a bath. The boy, while playing, came out and drowned in the river and died. Seeing their dead child both the parents started crying and lamented in front of the saint who was meditating.

The saint could not see the pain of the couple and so with the help of his yogic power, he entered in to dead child’s head. The child started breathing again and seeing their child alive, the couple were overwhelmed. As they looked at the yogi, they found him engrossed in meditating. They thought that Yogiji brought their child back to life and started meditating again. They bowed down to yogi and returned home. They did not even know that yogiji’s body was not numb because he was meditating but because the soul had left his body which is why the senseless body was sitting in yog–mudra (position).

Yogi entered the child’s body but he had all the divine knowledge and so could not behave like a normal child. His parents are worried thinking that their son is neither playing, jumping nor is he talking like a child. He was not even interested in eating anything. His parents did not know as to what to do to make him normal. They tried many times but all their efforts went waste and there was no difference in the child’s behavior. Slowly and gradually the child grew up to thirteen years old.

Just then, after visiting Mukambika Devi, Shri Aadishankaracharya, along with his disciples reached Baligram. Impressed with the story of immense power of Adi Shankara, Pandit Prabhakar took along his son and went to meet Adi Shankara and told him everything about his problem. The moment Shri Shankar saw the child, he came to know everything and he asked the child to introduce himself. Every one present was shocked to see the child who was always quiet and never learnt a word started speaking in pure Sanskrit,

Which means,” I am not a human, not devta or demigod, not even Brahmin, Kshatriya, Vaishya or Shudra, also not brahmachari, grihasth, Vanprasthi or Sanyasi. I am only nijbodhswarup (form known to one’s own self) soul.”

This way the child gave his introduction in 12 stanzas. This introduction had nothing but a demonstration of absolute pure Brahma (the eternal source of universe). Everyone present was shocked. His father Pandit Prabhakar was overjoyed. He bowed down to Adi Shankara with great delight. Adi Shankara explained him that his son was a mental philosopher (one who knows the supreme spirit), he would not be interested in family relations and so he should be handed over to Adi Shankara as his disciple. Pandit Prabhakar firstly did not accept his proposal but when Adi Shankara revealed to him that Hastamalak was a yogi and that he had entered in to the dead body of his son, Pandit Prabhakar remembered the incidence that had taken place on the banks of river Yamuna. He was convinced that his son’s body actually had a yogi’s soul and that the path of Sanyas(monasticism) was only right for him and so he entrusted his son to Adi Shankara. Adi Shankara initiated Hastamalak in Sanyas dharma and since he had an Amala in his hand when Adi Shankara met him, he named him Hastamalak.

Since that day, Hastamalak spent his life serving Adi Shankara. After Adi Shankara left for Himalayas, following his orders, Hastamalak was appointed the Peethadheesh (presiding officer) of Dwarka Math and all his life worked for the upliftment of Vedic Dharma.

The 12 shloka stotras related with the name of Hastamalak named “Hastamalak stotra” is quite famous. There is annotation of Acharya Shankar in this. Also, there is a comment in the name of “Vedantsiddhant Deepika”.

Another name of Hastamalak was Prithvidharacharya. Possibly, Prithvidhar was the name given to him by his father in childhood.