Before I begin I would like to say that I have met some of the most wonderful people in my life and I am blessed with caring friends and a great family. This article maybe a generalisation of society, of the so called, “cruel world”. Maybe I am not very fond of human beings in general (I prefer animals) and hence my bias in judgment towards human beings might be part of this article! 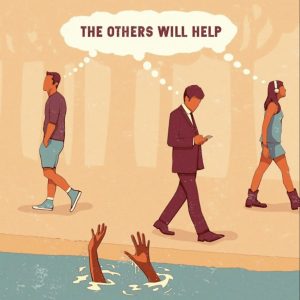 I feel less and less to write these days maybe because I have gone back to a routine of work. Is there anything else more worthwhile than a profession to pass away our time here on this planet? Good company is anyway rare to come by in Mumbai. I really feel sad sometimes about the how society has become in the big cities of India. Where are the genuine creative, simple and good-natured people disappeared? Maybe they all went to the West. That’s where all the intelligent people from our school went. Leaving behind only two kinds, the meek and the mighty. Only contrasts, no middle ground, that too in a land, which gave the world, its greatest gift – the middle path.

The word “friend” is the most versatile word in the English dictionary. It could mean anything from, “a future business contact”, “a sexual liaison”, “a friend with benefits”, “sugar daddy or mommy”, “a fuck buddy”, “drug dealer”, “a shrink”, “A person you use for your entertainment” etc. People abuse the beautiful word called friend which is actually the most pure of human relationships, free from judgement and bearer of unconditional love for a fellow human being without any expectation of any sort of return. I just feel tired of providing free food and alcohol to out of town guests, free-loaders, struggling actors who will in return send you text messages like BYOB (Bring your own Booze) – I didn’t even know what that means till recently! Must be a third world thing then, where even basic needs have not been fulfilled for so many generations, but its not just about free food, alcohol or cigarettes, we have taken it to a whole new level, India is experiencing a full fledged sexual and substance abuse revolution.

I grew up in a joint family in Mumbai. We were 13 children growing up in one large house with a community kitchen and shared resources. We never needed friends because there were so many cousins to play with. We were never taught to make friends with people who are rich or powerful so that when we are bigger we can use that contact! We grew up in an idealistic environment, which was largely protected from the outside world. Maybe our parents wanted us to enjoy this idealistic experience and prolong us from witnessing the depressing experience of the real “world”. No wonder the lotus is such a revered plant form in all of Hindu Mythology. It remains pure and unadulterated even though it lives and grows in the grime and slime of daily life. A difficult task I should say! And I am hardly comparing myself to a lotus! 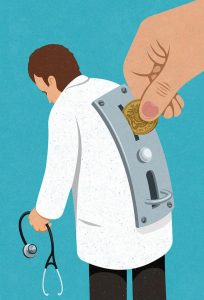 What happened then to the rich society and business community in India? At what point did we reach this nadir of human civilization? We come from such an old and great civilization. The only culture amongst all the “ancients” which still continue to practice the rituals that their ancestors performed thousands of years ago. Islam took over Egypt. The Native Americans have all been killed. The Mayans disappeared somewhere. Europe didn’t matter because they had nothing to give or take until recently. Maybe we Asians have always been about the money anyway. India and China together controlled 66% of world wealth for most of human history as we think we know it. The West is only the new kid on the block that too with dwindling powers as we move forward in this most fascinating and exciting journey called the human race. Probably years of foreign rule, terrible dark ages and the influence of Kali Yuga, the darkest of the four ages in Hinduism, have influenced mind-sets in India, that it has become rare to meet virtuous, balanced and simple people, not in high society anyway. The higher one goes, the bigger the crook sits. I remember sitting in my MBA classes where professors from America and Europe tried their level best to brainwash us that capitalism is the only way forward in the world. It took me many years to get that poison out of my system. Post my MBA I stopped reading books maybe because i read so much in one year that my internal system exploded. I never bought into any of that anyway. One professor that I greatly respected once told us that, that capitalism makes us better human beings – when one realises how difficult it is to make money or to sell – one automatically starts to respect labour and develops a work ethic. Though I respect impetus given to the individual to work hard and make it big, there are so many unexplained logics in the capitalistic framework. There are so many western cultural biases that are seeped into the system. It is a matter of perspective. Nature can be looked upon as the survival of the fittest or the same situation could be looked upon through a lens of balance, where the carnivorous eats the herbivorous to maintain equilibrium in the jungle. It is all a matter ofsubjective reality. I personally feel that capitalism makes one heartless, cruel and brings out the worst in human behaviour. It programs us to become extremely robotic and mechanical. Emotions are to be suppressed and have no value in this system. Everything is mathematical and logical. Every human being you meet is only a contact or someone from whom some materialistic value can be gained in the future. 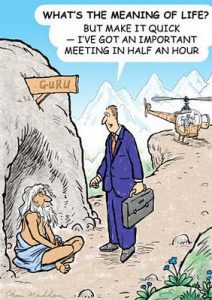 Indian society has embraced capitalism in all its forms. Anyway we have such low self-esteem that we tend to blindly follow anything that comes from the West (especially the coconut people of South-Mumbai who have absolutely no concept regarding the depth of Indian culture). The pseudo-secular and prostitute media along with the evil politicians have manipulated the c

ommon people of this country pitching its rich diversity of castes, religions and cultures against each other. It has taken us 65 years post independence to rise above partisan politics and feel a sense of One India although it would be termed by some as a “Hindu” India.

Corporate culture rewards slyness, cleverness and manipulation. At least corporates in the West have legal and governmental frameworks to balance out

the rough edges of capitalism. In India there is only one rule, the rule of the jungle. Going forward, there has to be a better system than capitalism for the world. A system that encourages and rewards people to help evolve on their spiritual path. A system where the rich and famous are chosen on the basis of their talent as well as their virtues, their charity, their selflessness, their saintliness. We live in times when our role models are actors, one of the most insecure, self-obsessed and selfish breed of human beings. Education and health-care are profit-making industries. Mother earth is bleeding as her own children plunder her natural resources to make it to a man-made Fortune 500 list. This insanity has to stop. I was and remain a patriot of India. It has a unique culture and a lot to teach the world. But alas only a religious shell remains. The spiritual pearls have long left for foreign shores. God does not care for rituals or man-made customs. He/She only wishes for you to be nice. To help the needy. To be kind to your fellow beings. There is no point to go to a temple and then come back home and beat up your wife. Rather don’t go to any temple or mosque, just do good. Live the spirituality; don’t even need to talk about it. I feel that people in West are much more spiritual than Indian people. At least they there are no gaps between what is thought, what is said and what is done. The west might have their own problems of loneliness, extreme individualism and a hedonisticculture but they are much more sensitive, compassionate and spiritually evolved than us.