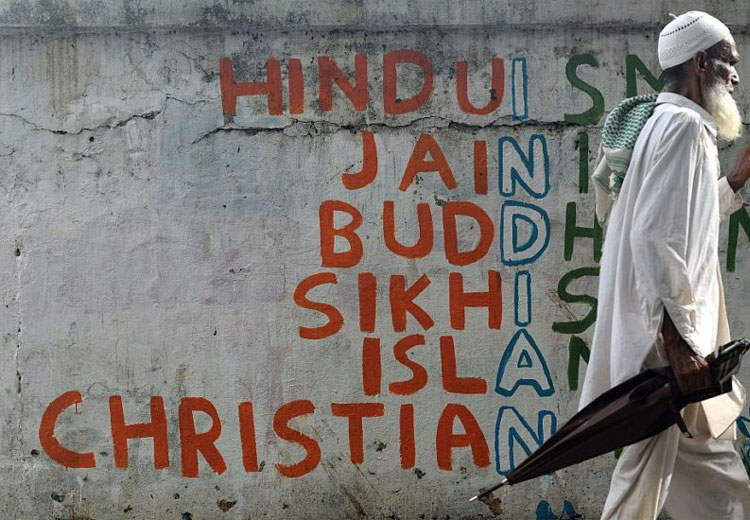 The complicated past of India. 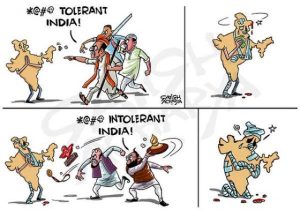 I want to wish my readers a very Happy Deepawali!! It is the need of the hour for our inner lights to shine brighter and harder to light up our so very stressed out mother earth. I do not like to write on political matters but seeing a nation so deeply divided in a debate over Tolerance and Intolerance, I finally decided to jump into the fray. India has always been a land of contradictions, and maybe contradiction has become so deep rooted now in the Indian psyche that the absence of it would make Indians so very plain and bland. I sometimes wonder why Indians do so well when they are presented with a structured environment to work within, but are not able to themselves architect great structural environments of their own save a few exceptions. Why do we tend to respect rules/structure when laid down by other races/countries but don’t trust or obey our own? Why do we have more faith in the credibility of a foreign organization/company/platform and less faith in our own? Once someone told me every Indian is an organization in him/her/self. But what happens when so many different organizations/complex structures have to conform to a super structure? Its chaos! I must say we are extremely individualistic for an Asian country. 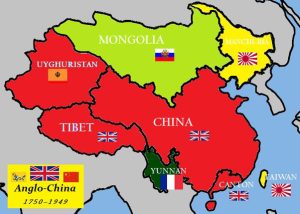 We are by far one of more intelligent races of the world. Physically we might not be as strong or beautiful (especially not the men) but then God compensated us with a brain that can deal with contradiction and chaos more easily than some other races. Maybe that’s the outcome of our complicated though rich past and not a gift of nature but irrespective it exists. I recently googled if China (the only country that can match the size and population of India) had been colonized in the past by Western powers or had its tryst with the hordes of Islamic conquests that shook the world for over 1,300 years since Islam came into existence and was surprised to know that they too were not spared from these chapters in world history. The only stark difference being that the homogeneity of their culture and population coupled with their geographical isolation as compared to India resulted in different outcomes. The colonial powers found it expensive as well as a mammoth task to physically hold such large tracts of land as they did in India, but they invariably controlled it from the outside, economically. Many parts of Central Asia were controlled by the Chinese, which were given up subsequent to fighting some gory wars after Islam united all the diverse tribes of that area. The problem and advantage of India is the diversity of thoughts and beliefs. Advantageous because we are able to remain creative and argumentative and hence open and accepting to new ideas and diverse viewpoints – read “tolerant”. The dis-advantage of such extreme assortment of beliefs and freedom of thought is that we have never had the unity that other civilizations possess, which is imperative for the trailblazer success if that’s what we are looking for. 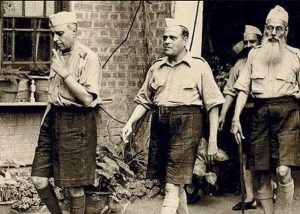 To understand the present we must make contact with the distant past, which in the case of India is largely ambivalent, complicated, long and unrecorded. The oral tradition of India has ensured continuity of civilization but there is no way to ascertain by modern scientific means the timeline of the same. No doubt that Hinduism has proved to be a tenacious religion, as over 1,000 years of non-Hindu rule (in large parts of the country) was not able to succeed in eradicating it but in the meanwhile there have been so many different influences that crept into the Indian society that further diversified the already diverse country. So now we have a few more streams of thoughts to add to the great Indian melting pot – the atheists or “religion is the source of evil in the world”, the purely western scientific or capitalist (a system that has proved to have severe shortcomings – don’t believe me? 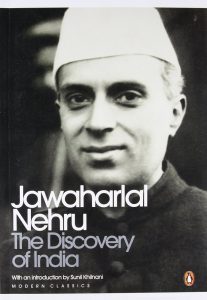 Please see the state of the world), the secularist (Nehru-Congress view), the fanatical RSS Hindu (we have been wronged over centuries and need to fight back, unite. These are the same people who killed Gandhi because they felt he was anti-Hindu) etc.

No doubt the British might have eradicated certain social evils such as Sati etc but lets be honest they were not here to help oremancipate this land. We were the “heathens” who had to be rescued from inferno hell that is Hinduism. The clever British traders re-wrote our history and distorted facts to show themselves as superior. It is beyond doubt that Nehru was highly influenced by Western thoughts. Hence when he was drafting our constitution he greatly studied the version of history prevalent at that time and felt that anyway this land has always consisted of invading outsiders like Aryans, Huns, Turks, Greeks etc. Hence there is little that is indigenous to it. This is evident on reading “The discovery of India” a semi-autobiographic book written by him.

India, on her perilous journey after Independence.

While I was studying in Mumbai in an I.C.S.E. pure English language syllabus in one of the best school of Mumbai I was greatly disturbed and started to feel an inferiority complex about my own country and culture. No country in the world will teach their children a version of history that cannot instill national pride and reinstate cultural self-esteem, especially so in a civilization so wounded like ours. Only in India! I started to read material outside of school textbooks and was happy to find that this was not so. There was enough creativity, inventions, scientists, mathematicians, poets and writers that were original to India including the pre-Islamic phase and had influenced the entire world with their works. Buddha was a “Bihari” for Christ’s sake. I was relieved!! 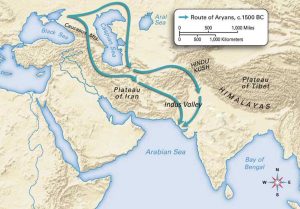 Another complication to the ancient puzzle known as India is the Indus Valley civilization and the great epics of the Ramayan and Mahabharata. The script of the Indus has not yet been decoded and one could argue both ways whether the Aryans invaded India bringing the Vedas with them or then there was a reverse migration of the Aryans from India (making them indigenous) to Europe and other parts of the world. Similarly with regards to the great epics, there seems to be much evidence including detailed names of dynasties, references to geographical places that still exist, astronomical evidence of planetary positions at that time, entire ancient cities that have been found underwater etc. but unless proper scientific proof is not presented to the world community one cannot really prove them as being historical in nature. India might be sitting on a treasure trove of human history or then we are undoubtedly the finest storytellers the world has to offer. But a great deal of research and funds should be invested in unearthing India’s complicated and ancient past. It may hold many a secret for entire humanity. Not many efforts of a scientific and objective nature have been utilized for this purpose.

But if anyway history is ambiguous and debatable let us choose that part of history that makes us feel proud rather than weak. History is anyway as fickle as one’s imagination. We are the indigenous people of this land and have no other land, its all been taken. The Muslims have the entire Middle East. The Christians have Europe and the Vatican and most the world’s best spots. They are extremely proud of their culture. The Native Americans and other pagan and tribal cultures have been reduced to a pulp and are unlikely to ever rise up again. The black African souls have been harvested like mere crop to whiter Christian or Islamic heavens until perpetuity, 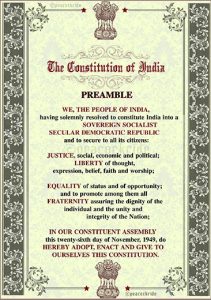 waiting for judgment day to arrive. It is unlikely that China will give back the Tibetans their land without it resulting in a world war situation. So this is the only land that we have, that we are native of. Our little dirty, shanty, messy but “our” home.

I am grateful to Nehru for coining our constitution as “Secular” and not “Hindu” because that would have gone against the fabric of Hinduism and our culture. Look at what a raw deal destiny meted out

to Pakistan for calling itself an Islamic nation. But it is important for other minorities living in India to accept the Hindus as the “sons of the soil”. We welcome diversity and other religions and races but not before welcoming our own selves. In a cruel and brutal world, intellectualism doesn’t work, as never did Nehru’s stupid policies of aligning with atheist and evil Russia. Had he aligned with the Western powers then, India would have been in a different stratosphere by now.

India and Ireland both have suffered greatly under British Rule. 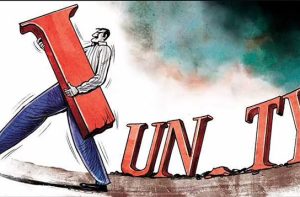 No one stands up for you other than your own self. There is a reason why we have survived. We too must have some purpose on the world stage. We too have contributed and will continue to contribute. India can become the great motherland for all pagan, tribal, shamanistic, alternative cults and faiths of the world, an alternative voice in a world so stressed out by monotheistic, aggressively proselytizing religions, which only serve as political means to manipulative the unfortunate and simple masses. We might be badly hit right now but our core is compassionate. Non-violent. And Kind. We must trust each other. We must respect each other. Brown must first love and respect brown. Unless this cancer of racism that brown holds for brown is not eradicated we will not go anywhere. This same sort of convoluted racism is also found in Africa, where blacks ill-treat other black people. We will continue to remain a Third-World bigoted and intolerant nation as is suddenly being projected about India ever since the BJP came into power. It’s not about religion stupid its politics!

India must chart her own destiny. 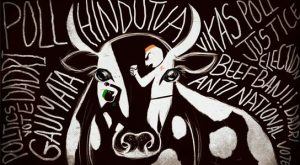 The only thing I do not agree at all with the PM Modi is that he should have condemned the Dadri lynching till he didn’t have any voice left in him. In fact he must go out of his way to make the minorities in India feel safe and comfortable. It is horrible of him not to condemn it as it means indirectly that he is supporting it.

If Hindus unite politically in their own native land after suffering thousands of years of suppression and colonization, mostly other Hindus have a problem with that. There is a saying in India that goes as, “Tu Nache To Nach, Mein Nachu To Mujra” which means that if you dance, it is called a dance, whereas if I dance you call it a “courtesan’s dance”. I rest my case.