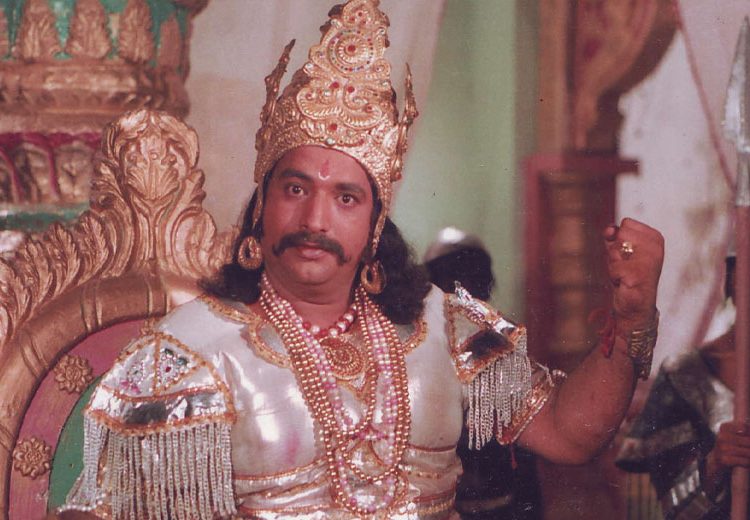 Kans takes over t he throne

There is a time when lakhs of demons take the form of egoistic kings and with their irreligious practices frustrate the people on this earth. Kans was one of them and championed the cause of all the others. He was the eldest son of Mathura’s King Ugrasen. King Ugrasen was pious and religious person but everyone wondered how did he have a demon like Kans as his son?

It is said that when his queen was wandering in the garden, a demon came there. He was fascinated by her beauty. He said, “ Queen, with pleasure or displeasure, you cannot get away from me, I will give you one son, who will be the strongest of all human being, “ Kans was born from this demon that is why he had all the qualities of a demon .

As soon as he grew up, he took the reign of the state in his hand. He took the kings of the nearby states under his authority. On seeing his strength, Magadh King Jarasandh got his two daughters Asti and Prapti married to Kans. On being the son-in-law of Jarasandh, Kans’s rule spread all over North India. On being attracted with Kans’s monstrous activities, many famous demons joined his army. Uttkach, Trinavart, Putna, Wattasur, Bakasur, Adhasur, Dhenukasur, Prasambasur, Arishtasur, Kashi and Vyomasur all these illusive and valiant demons became a part of Kans’s troop. Not only these, even people like Chanur and Mushtik who were very strong became his slaves. Kans thought of attacking the devtas (deities) and ruling over them. Somebody gave him a suggestion that with the rituals carried out by Brahmins, Saints, Sages and religious persons, the devtas (deities) get nourished and become strong, so he banned the rituals. He had ordered that anywhere, if any rituals are seen being carried out then Brahmins, Saints and Sages who do this will be killed.

None of the Sages and Brahmins could carry on their rituals. The devtas (deities) used to be satisfied with the yagya, but without the yagya, even they remained unhappy. With the support of Brahma, they pleaded God to relieve them from this trouble. Just then, there was Akashvani (a divine utterance), that God will be incarnated in the form of a human being and kill this demon.

When Devaki was leaving after her marriage, Kans became the charioteer to bid farewell to his beloved sister. At that time, there was an Akashvani (divine utterance), “Foolish Kans! The one whom you are bidding farewell to with so much love, her eighth child will be the reason of your death”. Just as he heard this, all his love vanished and the demon in him came out. He pulled Devaki with her hair and started beating her.

Then Vasudev, who was Devaki’s husband and Kans’s brother-in-law explained him that he does not have danger from Devaki but her eighth child and that he will give away all his children to him. At this Kans was pacified but due to Narad’s suggestion, he killed all the children given by Vasudev to him and imprisoned Vasudev and Devaki. When Ugrasen tried to explain him that he is not doing the right thing, he put him also in jail. The eighth child of Devaki was Shri Krishna and with his inspiration only, Vasudev overnight reached him to Nand’s house in Gokul. How his handcuffs opened, gates opened and the guards became unconscious and again things become as before, no one knows. In the morning there was an outcry that Devaki had given birth to the eighth child.

Kans ran towards the prison and snatched away her eighth child. Devaki told him that, “Brother, this is a girl child.” When Vasudev had gone to Gokul to leave Krishna, he had got Yashoda’s daughter with him.

Kans did not listen to Devaki and he held the girl from her legs and knocked her on a rock, but she freed herself from Kans’s hands and went in the sky in the form of a Goddess, from where she said, “Kans, the one who is going to kill you is already born in Gokul.”

At this statement, Kans was frightened and he sent Putna, Trinavart, Wattasur, Bakasur, Adhasur, Dhenukasur, Pralambasur to kill Krishna but all of them were killed by Krishna. Now Krishna had grown up. That is why Kans on the pretext of a festival sent Akroor to bring Krishna and Balram to Mathura. At the gate of the assembly an elephant was standing, just as Shri Krishna came, he wrapped him in his trunk, but naughty Krishna pulled out his tusks and killed him with his own tusks. They went inside the hall, there they killed Chanur and Mushtik who were all set to kill Krishna. After that, Krishna pulled Kans who was sitting on the throne nearby and killed him.

A light came out of Kans’s body and penetrated into Krishna’s body, thus ending a cruel regime. Once again good had prevailed over evil and peace established on earth. Every time there is a great danger to the people of earth, by people like Kans, God takes a human form to deliver the earth of his burden.

But Kans was not “evil”, he was a misguided soul. Even after he was killed by Krishna, he ultimately went to him because no one is perpetually ‘evil’ but just misguided. Kans was originally the demon who incarnated in Treta age as Ravan and Kumbhkarna and in Dwapar as Kans.

Kaliya - The Underdog Snake, Who Brokered A Truce