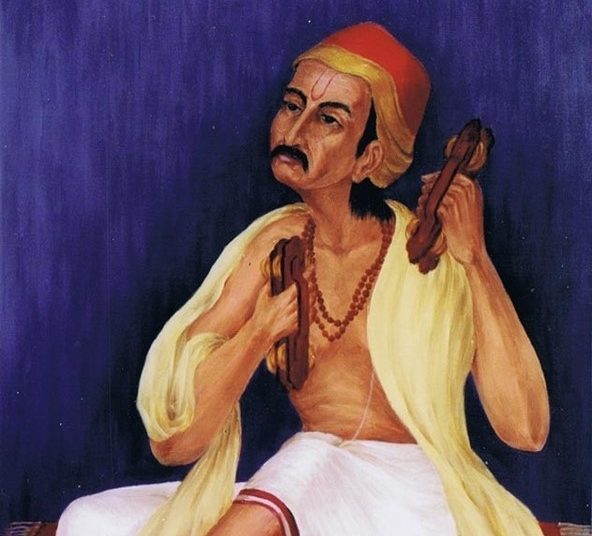 The great Krishna devotee Bhakt Narsi Mehta was born around 1414 isavi (beginning with Jesus Christ) in a Nagar Brahmin family in Junagadh district in the Kathiyavaad region of Gujarat. His father’s name was Krishnadas and his grandfather’s name was Vishnudatt Mehta. As his father died when he was very young, he and his brother Bansidhar were brought up by his grandmother Jaykumari.
Jaykumari was a staunch Vaishanvite and this had an impact on Shri Narsi. It is said that in his childhood, Narsi could not speak and so his grandmother was worried for him that whether Narsi would ever be able to speak in his life or not. Once, after listening to Bhagwat Katha in a Shiva temple, while she was returning, she met a saint. She told the saint about Narsi’s problem. The saint smiled and sprinkled water from his Kamandalu onto Narsi and whispered in his ears, “Bolo Radhakrishna” (speak Radhakrishna) and Narsi immediately said, “Radhakrishna.”
Seeing this, his grandmother was overjoyed. This was probably the Mahamantra (a good counsel) of Krishna’s worship that the saint had whispered into Narsi’s ears.
In those days, in Gujarat, the milk business was carried out by the cowherds of Braj. Narsi used to ask questions about Shri Krishna and Radha to the people of Braj and listen to stories of Krishna Leela from them. He used to get engrossed listening to these stories. He used to go everywhere in the town where there was Bhajan–Kirtan (singing in a loud tone in praise of God) going on. He used to get into groups of saints and sing songs of Krishna Leela. Slowly and gradually he got so attached to Bhajan-Kirtan that he started spending most of his time singing them. 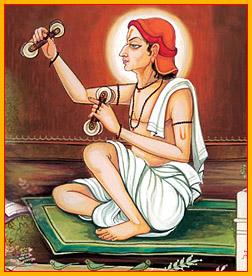 After he grew up, thinking that his behavior will change after marriage, his grandmother got him married to Manikbai. But even after marriage, there was no change in Narsi’s behavior and he remained busy with Bhajan-Kirtan. Within this, he became the father of a son and a daughter. Narsi’s grandmother remained sad as Nasrshi was not doing any job for her livelihood. His sister-in-law always taunted him saying that everyone was surviving on her husband’s money. One day, as he could not bear the taunt of his sister-in-law, he left the house and went into the jungle. There, in a Shiva temple, he worshipped lord Shiva for seven days without food and water and became unconscious. In the end, pleased with his worship, Lord Shiva manifested and at his request, took him to Shri Krishna in Vrindavan. It is said that Lord Krishna had told him to recite his name and whoever would recite his name, the lord would always be by his side and never let him be without anything. It becomes the lord’s duty to get him everything that he needed.
After the amazing darshan of Shri Krishna, Narsi came back home but after a few days, his brother and sister-in-law threw him out of the house. His wife was worried as to where would they go but Narsi was least bothered and relying on Shri Krishna, set out. When they got tired of walking, they reached Dharamshala where they were allowed to stay only for three days. Two days passed by staying hungry. On the third day, seeing their children hungry, his wife started crying thinking about where would they go the next day. Just then a man came and told him, “I have been looking for saints so that I can listen to Harikatha (story of Lord’s incarnation). I have mended one of my houses for you to live there. Please felicitate me by staying there.” When Narsi went there, he saw that apart from the house, there was everything in the house needed as also food to eat. 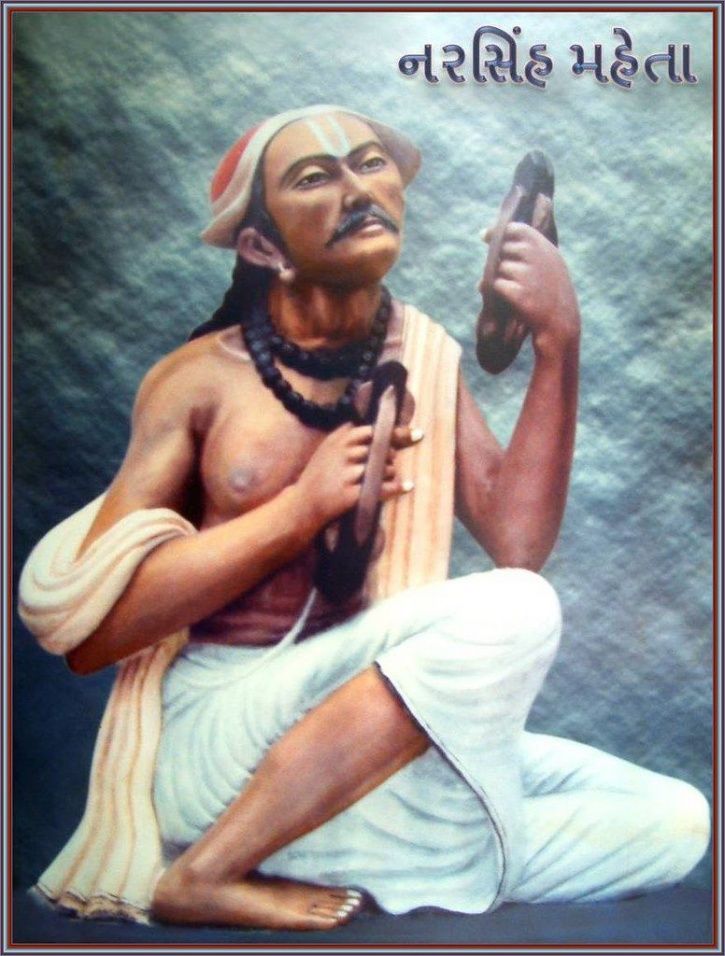 This was not the only incident where the lord had directly helped Narsi. Since Narsi never thought of anyone else apart from the lord, even God always thought about him. That is why whenever Narsi needed help, be it his daughter’s marriage, or his father’s Shraddh (the offering of food and water to Brahmins in honor of manes), god always helped him in one way or other and in any form.
Jealous of the growing popularity of Narsi, people of the Nagar community accused him falsely in many ways and complained to the king. The king called them and said, “If you are a true devotee then go to the temple and garland the idol with flowers and pray to god that he should make you wear the same garland with his hands and if this does not happen, you will be punished.” Narsiji sat in the temple the whole night reciting the lord’s name. The next day, in front of everyone, the idol moved from its place and garlanded Narsi.
Once few people, sent a prostitute after Narsi but within a few days, the prostitute left her profession and became an ascetic.
Narsi did not know to write and read but kept creating new bhajans while continuously singing them. He created bhajans (poems) in thousands which is a precious treasure of Vaishnav literature. Based on his bhajans there are many poems written in Gujarati literature. His bhajans are sung not only in Gujarat but all over India. His bhajan,

“Vaishnav Jan to tene re kahiye” was Mahatma Gandhi’s favorite bhajan.
“Vaishnav jan to tene re kahiye, je peed parayee jane re,
Par dukhe upkaar kare toye man abhimaan na aane re”
Translation: He is a Vaishnav who feels for the suffering of another and forgets the good he does to another never taking pride in it.