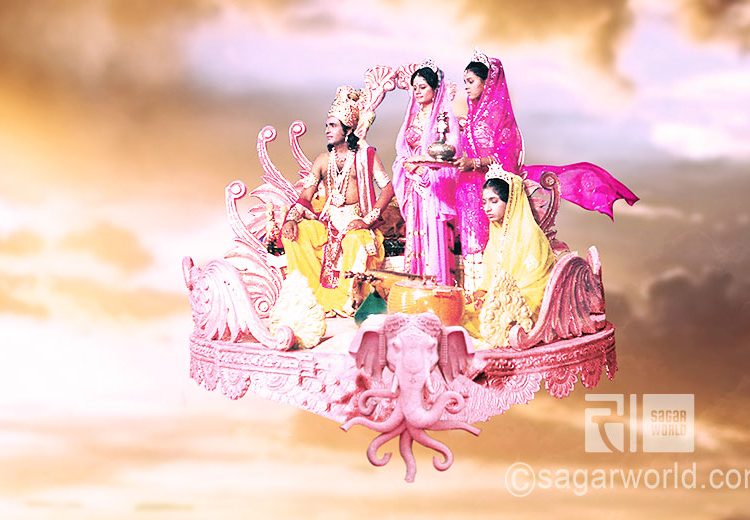 Indra - The king of Angels in Heaven

Indra is the chief of the gods/Devas (deities) that reside in Indralok (abode of Indra).There are many different stories available in the ancient literature about the origin of Indra. In the Atharvaveda, Indra’s father’s name is said to be Som. In the “Shatpath Brahmin”, Indra is said to be a child of Prajapati and according to the Puranas, he is said to be the son of Kashyap and Aditi.

Indra is the protector of ancient Aryan Civilization. With this in view, in the Rigveda, at many places, Indra is prayed to destroy the city of non-Aryans. He is the symbol of sky and clouds, and also worshipped as the deity of rain. Indra is an important god in many Hindu mythological tales.

He leads the Devas (the gods who form and maintain Heaven) and the elements, such as Agni (Fire), Varun (Water) and Surya (Sun), and constantly wages war against the demonic Evil of the netherworlds, or Paatal, who oppose morality and dharma. He thus fights in the timeless battle between good and evil.

As the god of war, he is also regarded as one of the Guardians of the directions, representing the east. Indra killed many demons in many wars, of which the story of Vritasur is the most famous. The mention of this story is found in the Rigveda also.

According to this story, the Saints and Sages were being terrified with the atrocities of a demon named Vritasur. To kill this very powerful demon, Indra attained Sage Dadhichi’s mighty bones as a donation, and with these bones created a powerful weapon ‘Vajra’, with which he killed Vritasur.

The weakness of Indra’s character is also demonstrated in several tales. Indra duped Ahilya, the wife of Gautam Maharishi, into letting him have sex with her, by assuming the form of her husband while the sage was away taking his morning bath.

He was caught by Gautam sneaking out of his house, and was punished by him with a curse that one thousand vaginas would cover his body in a grotesque and vulgar display, and that his reign as king of the gods would meet with disaster and catastrophe. Gautam later commuted the curse, upon the pleading of Brahma, to one thousand eyes instead.

In the Dwapar Age, Indra became egoistic and thought himself to be the sole protector of Krishna’s town Gokul. Lord Krishna turned the people of Gokul to worshiping the mountain instead of Indra, and then picked up the Govardhan Mountain and used it as a giant umbrella to protect Gokul from Indra’s anger at being dismissed in this way and so punctured his bloated ego. Later, Indra worshiped Krishna.

Indra is not a god, but more of a demi-god i.e. “King of the angels” in heaven. He is not above human-like errors and vices. Even when a soul attains the high spiritual level of a demi-god, the ego remains viable, and it is only a very few souls who are able to overcome it.

Indra and his Kingdom and subjects are constantly under threat from the Demons, who want to usurp his kingdom in heaven. Every time that the Sura’s are not able to protect themselves they must go to the higher forces for protection. Indra is an integral part of many a story in Hindu mythology.

Hanuman - the do’er of Ramayan, devotee of Ram