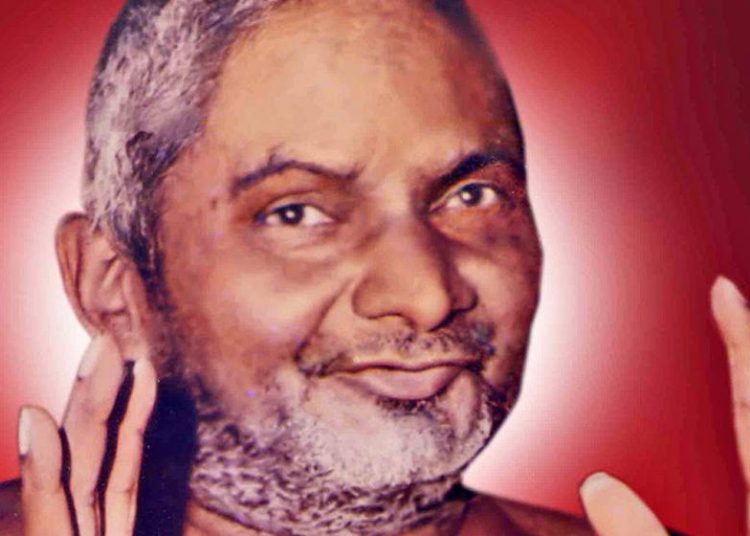 Just like many other great Saints of India, there is no clear information available about Bhagwan Nityananda Ganeshpuri’s birth but it is believed that Shri Nityananda was born in the year 1897 in the month of November or December. His real parents had repudiated him and he was found as an infant by a woman named Uniamma in Tuneri village of Kerala state.

Uniamma was the wife of Chathu Nair. She had five kids of her own but both husband and wife adopted this child and nurtured him along with their children. Uniamma and Chathu named Shri Nityananda Raman. Both husband and wife were working as labour in the fields of lawyer Ishwar Iyer. When Shri Nityananda Ganeshpuri was three years old, his foster father died and when he was six years old, even his foster mother died.

Since childhood Bhagwan Nityananda Ganeshpuri was religious by nature. After some time, as the feeling of asceticism went on increasing, Shri Bhagwan Nityananda Ganeshpuri left his house and started roaming around in search to become an ascetic. It is said that he also wandered in to Himalayas and might have learnt different yogic techniques and attained yogic powers.

Around 1920, Shri Nityananda Ganeshpuri came back to South India and with his miraculous powers; people started trusting him. In Kerala, he built an ashram near Kanhangad, which has now become a pilgrimage for his devotees

Around 1923, Shri Nityananda left Kerala and reached Tansa valley in Maharashtra while visiting different places. Here he worked quite a lot for tribal welfare. He opened a school for them, arranged for their food and clothes. While he was here, with his spiritual powers, he did many miraculous works. With all these, he became so famous as a living saint that people from Mumbai started coming to him.

Swami Nityananda used to rarely give speeches. When he was in Mangalore, many a times his devotees used to come and sit with him in the evenings. Though he was a introverted person he would preach to his devotees, answer their questions or speak on random topics. A devotee named Tulsi amma wrote down his preaching. Later the compilation of these preaching was published in Kannada language.

This compilation is known as Chidaksha Geeta. It is said about Shri Nityananda Ganeshpuri that he had the power to transmit spiritual energy. Without saying anything, just with his grace he would draw spiritual power within people. In 1936, he came to Shiv temple at Ganeshpuri near Mumbai and asked people taking care of the temple if he could stay there. The families taking care of the temple built a cottage for him.

Shri Nityananda’s tomb and temple is like a pilgrimage for many devotees even today. Lakhs of devotees visit this place even today and take his blessings. Nearby the ashram is the ancient site of Vrajeshwari temple, which finds mentions in the ”Puranas”. There are a few hot water springs near this spriitually charged temple of the Mother Goddess. Then, as the number of his followers went on increasing and more and more people started coming to him, a big ashram was built.

His followers worshipped him as a Godly saint. Whoever came in his refuge, his desire was fulfilled. After coming to Ganeshpuri, Shri Nityananda lived there till the end of his life. On 8th August, 1961, Shri Nityananda left for heavenly abode. Here, in Ganeshpuri, a temple is built of his tomb.