An affair to remember – Islam and Hinduism 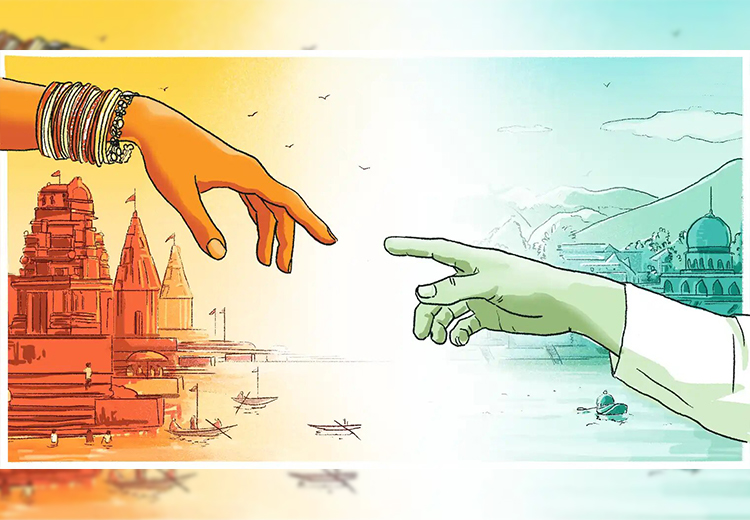 Islam and Hinduism make a great pair. For centuries there has been a fatal attraction between these two great religions. They have shared porous borders ever since Islam came into existence in the 7th Century AD. Since many a millennia the landmass of the Middle East has been a spiritual mother for many a religion. There must surely be a great spiritual power t

hat resides in that area. The fact that Christianity, Judaism and Islam, the three major world religions come from there, tells  of a mysterious and mystically charged land. Geographically it seems to be the middle-earth, as it places itself in the centre of the length and breath of the Greater Eurasian peninsula stretching from Portugal to South-East Asia with the gigantic African continent on its Southwesterly side placing it in the middle of the circle.

The American landmasses are the pariahs of geography, “The Patal-Lok” or “Nether-lands” situated in the back of beyond inhabited by only a small percentage of the world population even today and more so in the past. The majority of the world lived and continues to live on these gigantic landmasses of Eurasia and Africa, which have been home to most of the known ancient civilizations.

Hinduism has always been considered paganistic, wild and tribal though the religion does have a long running monotheistic tradition alongside its multifarious creeds, castes and sects that make it seem so very complicated and complex. There is one God and at the same time there are many gods and both theories can coexist much like the Indian head-shake of saying yes and no at the same time. It could be said that Hinduism is both monotheistic and polytheistic rather multi-theistic. Much like the English Language, that continues to assimilate words into its already very large vocabulary, Hinduism simply assimilates all other faiths and paths within itself, much like a holy black-hole sucking up all other religious light within itself, thereby killing their individuality, and forever increasing its dense monopolistic mass. The fundamental tenet being that there are innumerable paths that exist and so all other paths/religions can also be considered to be part of Hinduism. If you think about it, it’s rather clever!

Judaism of course holds its place as one of the earliest springs of wisdom that sprouted from the heart of the earth. Their distinctive noses and thus discerning choices, their beauty, pride and unity make my heart swell up with emotion and intrigue. Their struggles and triumphs represent the seesaw of human world history. Driven out of Europe because of fear 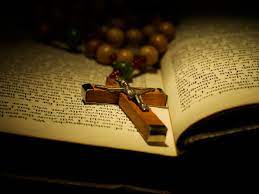 only to fearfully control Europe from across the Atlantic.

I feel like I am a Christian myself, and so I am not able to value my own self. The grass is always greener on the other side, as I stand admiring all the spiritual flora and fauna growing thick in the gardens of the milky-ways. For who cannot like a religion that only preaches love

and truth. Keep it simple brother! But it lacks the spunk that is found in Islam! The emotion that Islam invokes is unmatchable. The religious intensity and loyalty inherent in Islam fan the flames of attraction towards it. Like a moth drawn to a fire. The feeling is sudden and in the blink of an eyelid one is destroyed forever. Never to return..

I think every person in the world knows how hard-line Islam is when it comes to its monotheistic approach. One God, One Allah, One cannot dare depict him in any earthly form. There is no one else but him. Islam arose from an area where religious strife was commonplace. The great zeal with which the Prophet and his followers propagated Islam thorough out the world continues to be running through the veins of its 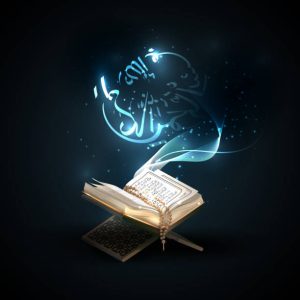 followers. I love the dedication and loyalty that Muslims have towards their religion sometimes irrespective of the country that they live in. On the other hand Hindus take their religion as the most casual thing that ever happened to them. This makes Muslims and Hindus excellent bed-partners, as one’s approach towards their faith is not sticky and the other ones is as faithful as a dog to his master.

These two faiths are situated at the two ends of the spectrum of world-religions. One, which strictly adheres to its commandments, and the other, which has had its commandments written again and again over time through so many people, that endless paths exist. One, which fanatically preserves the formless aspect of God, and the other that celebrates God in his countless forms. Ah what a contrast! How can they not be brutally attracted to each other? Each mirroring the other, showing each other the defects and strengths of each other’s systems, fatally combusting into a ball of divine love. It’s an explosive love affair that can infectiously spread fast like wildfires through the woods of Self-Realisation. 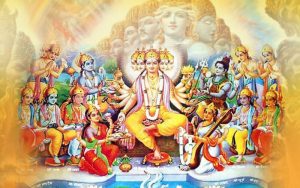 The cruelty of the Halal method of slaughtering animal’s contrasts with the extreme form of Ahimsa/non-violence of the Jain (one of the religions that arose from the Indian sub-continent like Buddhism and Sikhism) Munis who cover their mouths with a piece of cloth lest they might kill a few bacteria that could enter through it, testing the practical limits of a concept.

There is so much beauty in formlessness as it elevates God to an unimaginable status as beyond the constructs of the physical world. The calligraphy that dare depict form in contrast to the preciously adorned hand-picked jewellery of an idol, which has been crafted to perfection by an artisan.

The violent proselytising that Islam has been famous for versus the non-existence of a conversion process to make one a Hindu. The violent spring that was encouraged to spread quickly across the four corners of the world even reaching into the heart of fortress Europe versus the orthodoxy of the Brahmin’s that discouraged Hindus from even stepping out of their own country lest they might get polluted. The divisive caste system versus the uniting Islamic brotherhood where everyone eats from one plate. The over-dependence on astrology versus the complete ban of it.

The highly customised, “make-your-own-rules” approach where every month there is a festival or a fast, pick and choose what suits you, compared with the one month of mandatory fasting for Ramadan where one cannot even intake ones own spit let alone water. The Friday Namaz versus a God or a deity associated with each day of the week. The routine of facing towards the centre of the earth five times a day from whichever part of the world one may be versus having a temple in every home, finding god in every stone, in every blade of grass. There is a startling beauty in both. Two ends of the spectrum, diametrically opposites poles in the great circle/circus called life, which keeps us all spinning around. 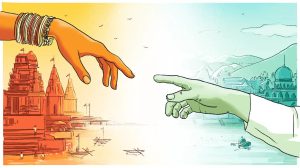 Islam and Hinduism became one through the Sufi tradition of Islam. As India has always celebrated God as love through one of its most beloved and popular avatars known as Krishna. The Sufi Tradition of Islam is also non-ritualistic, rebellious and non-dogmatic. As a desperate attempt might have been made to reconcile these two varied faiths, a common ground was luckily found. Another strange and interesting phenomenon that exists between the two faiths is that Friday is considered the day of the Goddess (connected with the planet Venus) in India, which is Islam’s holy day. The heat and fiery energy associated with the Goddess reflects in the culture of Islam. The black-coloured Burkha that is adorned by Islamic woman almost makes me feel that Muslims are the worshipers of Kali – the fearful one!